This page is your one-stop shop for everything related to the 2022 World Cup schedule. Below you will find the matches times, teams, and standings for the 22nd World Cup, which kicked off in Qatar on Nov. 20.

You can also learn about some of the top athletes competing this year with our list of the 12 best.

There are four games on the World Cup schedule for Saturday. The action begins at 5 AM ET with Tunisia battling Australia on Fox Sports 1. Shortly after, there’s an 8 AM ET draw between Poland and Saudi Arabia, which also will also air on FS1.

Also Read: World Cup 2022 – Everything you need to know

At 11 AM ET France takes on Denmark on FOX. That is then followed by the final game on the schedule at Lionel Messi and Argentina take on Mexico at 2 PM ET, also on FOX. 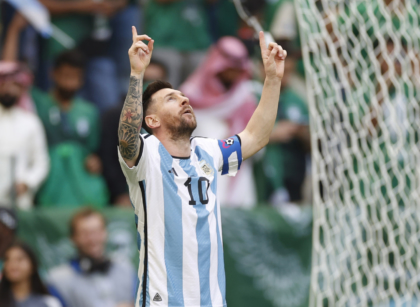 Also Read:
10 best soccer players of all time, including Messi and Mbappe 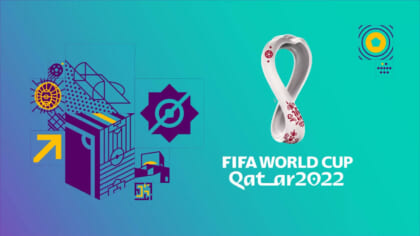 Also Read:
How To Watch the FIFA World Cup 2022

What are World Cup dates?

The World Cup schedule begins on Sunday, Nov. 20 with a matchup between host country Qatar and Ecuador at 11 AM ET on FOX. The event plays out each day for several weeks and comes to a close with the finals a week before Christmas, on Dec. 18.

Many of the round-robin games on the World Cup schedule will take place at 5 AM, 8 AM, 11 AM, and 2 PM eastern time. Later in the round-robin, some game times shift to 10 AM and 2 PM ET.

What are the World Cup 2022 standings?

To begin the World Cup schedule, all 32 teams will have to take part in round-robin group play before they can compete in the elimination rounds. The points standings will be key in deciding the 16 teams that move on to the quarterfinals. Below you can find the complete and up-to-date World Cup table.

How do you win the World cup?

There are four tournament rounds on the World Cup schedule, but first, each group plays in a round-robin. The two squads with the most points move on to the round of 16. From there it is like any other sports tourney where it goes from 16 to eight (quarterfinals), then to four (semifinals), and finally a battle between the last two teams standing in the World Cup finals.

Who won the last World Cup?

After the round-robin and three rounds of frenzied action on the 2019 World Cup schedule, France and Serbia faced off in the 2018 FIFA Cup Final in Russia. After 90 minutes of play, France earned their second World Cup title by a score of 4-2. The victory came 20 years after winning their first Cup title back in 1998.

Which country has won most world cups?

There is one team that has won more than all the others in World Cup history, and that is the most populated nation in South America, Brazil. The Brazilians have taken the cup trophy home four times, with the most recent coming in 2002. You can find all the previous world cup winners below.