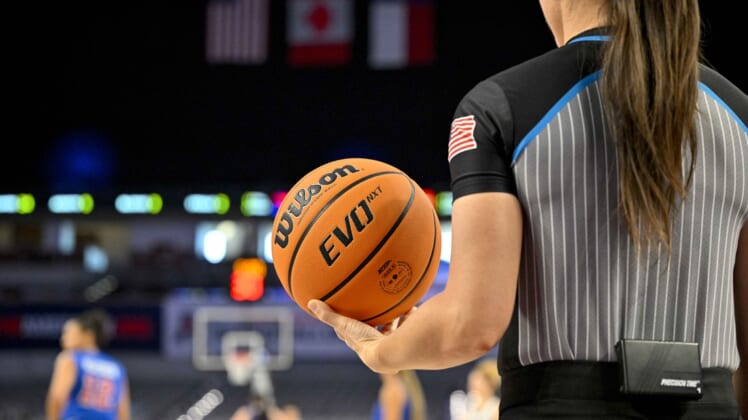 For the first time in program history, Creighton’s women’s basketball team is dancing into the Sweet 16 of the NCAA Tournament. The No. 10 Bluejays upset No. 2 Iowa — an 11-point favorite — 64-62 on Sunday in Iowa City.

Lauren Jensen scored 19 points and had seven rebounds for Creighton (22-9) and connected on the game-winning 3-pointer from the top of the key with 12.6 seconds to play. Jensen transferred to Creighton last summer after playing her freshman year at Iowa.

“Honestly, I was just super excited. I honestly didn’t know if it was going to go in,” Jensen said of her game-winner. “It kind of rattled off the back rim there. It wasn’t super clean, but I’m just glad it fell.”

The Hawkeyes (24-8) were playing at home in front of a packed-out arena, but shot a season-worst 35.7 percent from the floor.

All-American sophomore guard Caitlin Clark also had her worst shooting day of the season, making just 4 of 19 shots for a 21.1 percent success rate. Still, she nearly had a triple-double with 15 points, 11 assists and eight rebounds.

Creighton’s plan to frustrate Clark was to throw a variety of defenders at her.

“We just felt like our best chance was to rotate defenders on her,” Bluejays coach Jim Flanery said. “Try to keep the ball out of her hands, especially late shot clock, make it difficult for her to catch, and then just be vertical at the rim. Don’t bail her out, show your hands to the officials.”

Creighton’s victory is the seventh in this tournament for a double-digit seed over a single-digit one.