With both chasing a playoff spot, Vancouver hosts Minnesota 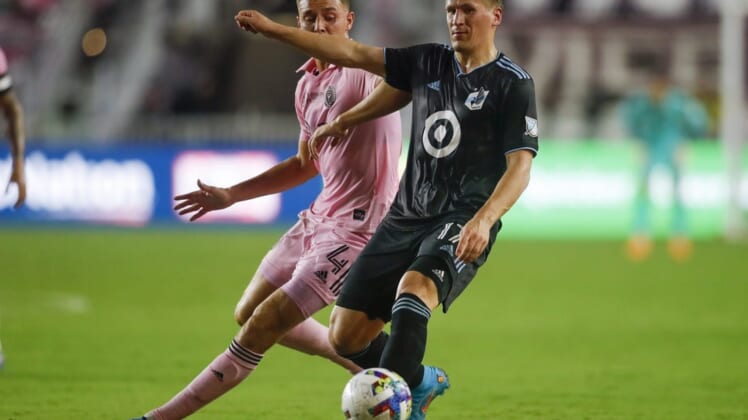 Minnesota United will visit the Vancouver Whitecaps on Friday, with both teams looking for the win that could put them over the playoff line.

The Loons and Whitecaps have identical records (7-8-3, 24 points) with Minnesota holding the tiebreaker for eighth place in the Western Conference. A victory on Friday would put either team at least temporarily ahead of the seventh-place Seattle Sounders and into a playoff position.

Postseason contention seemed like a longshot for the Whitecaps when the team stumbled to a 1-6-1 start this season. However, Vancouver is 6-2-2 in its past 10 games and hasn’t allowed a goal over its past three games.

The shutout streak continued through last Saturday’s 1-0 win over league-leading Los Angeles FC. The dangerous LAFC attack was held without a shot on goal against the Whitecaps.

“We play defensively (with all) 11 players,” Vancouver coach Vanni Sartini said. “We’re really focusing on our compactness and our organization. … Our objective is for the other team to not have space in between the lines, and also behind us.”

Vancouver’s streak of not allowing a goal has coincided with Adrian Cubas’ insertion into the starting 11. The newly acquired midfielder also scored his first MLS goal to clinch the victory over Los Angeles.

Minnesota United’s attack has been in good form, as the Loons are coming off consecutive 3-2 wins over the Los Angeles Galaxy and Real Salt Lake.

Midfielder Emanuel Reynoso has been the key figure in this offensive surge, scoring braces in consecutive games. Reynoso leads all Minnesota United players with seven goals this season.

The Loons are still a modest 3-6-1 in their past 10 games, but midfielder Robin Lod hopes his team is starting to play with more consistency.

“It’s a good way to build up some confidence and go for the wins,” Lod said. “You can also see on the (league) table, just get a few wins in a row and you change your season totally.”

Kemar Lawrence, Joseph Rosales and Nabilai Kibunguchy are questionable for Minnesota’s lineup after missing Wednesday’s training session due to illness.