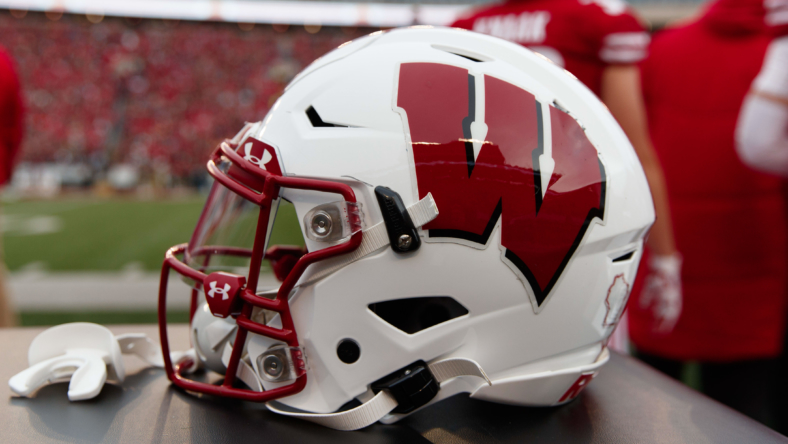 The Wisconsin Badgers fired head coach Paul Chryst after an awful start to the 2022 college football season. As the Wisconsin coaching search begins, with interim Jim Leonhard going to make his case for the job, we’re going to examine the best coaching candidates the Badgers should target to replace Chryst.

Wisconsin paid a heavy price to move on from Chryst, with the buyout reported at approximately $19.5 million. It’s a sign of the times in college football, with boosters and athletic departments more desperate than ever to be at the top. The Badgers went 52-16 from 2015-’19 under Chryst, winning four bowl games and making it as high as No. 4 in the college football rankings.

Coming off a nine-win season in 2021, the Badgers determined it had enough following a 2-3 start this season. While the suddenness of the move came as a bit of a surprise, losing to Washington State and Illinois proved to be far too much. With that in mind, let’s examine the best candidates who could become the next Wisconsin Badgers head coach.

Many already viewed Jim Leonhard as a future college football coach. A three-time All-American (2002-’04) at Wisconsin, the 5-foot-8 safety retired from football in 2014 and immediately joined the Badgers’ coaching staff. After starting out as a defensive backs coach in 2016, he became defensive coordination in his second year on the coaching side. Now, he’ll get a great opportunity to prove he should remain at the helm.

Leonard is in a favorable spot right now. The Badgers don’t face a ranked opponent for the remainder of the season. Wisconsin’s defense is still a quality group, ranking 27th in the FBS in total yards allowed per game (336). Offensively, Braelon Allen is more than capable of becoming the next star Badgers’ running back and he could single-handedly carry this team to a few wins.

Wisconsin certainly wants Leonard to earn the job and the interim tag will likely be his if the Badgers go undefeated or even 7-1 the remainder of the season. Leonard’s experience, defensive mind and ties to the program are all overwhelming factors that make him a strong candidate and hiring him would be justifiable.

Lance Leipold is going to be among the most popular coaching candidates in college football this year. He took over a Kansas Jayhawks football program that Les Miles decimated. It took him a year to clean things up, resulting in a 2-10 record last season. Once Leipold started bringing in the players he wanted and people bought into the program, the Jayhawks took off. 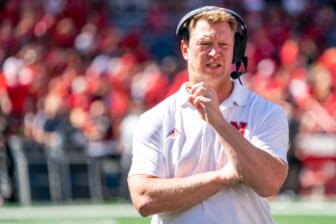 Look at what the Kansas offense is doing this season. Under Leipold’s direction, the Jayhawks rank 15th in yards per play (6.7), fifth in points per play (0.636) and fourth in third-down conversion rate (57.45%). Quarterback Jalon Daniels is emerging as a Heisman Trophy candidate, blossoming under Leipold’s coaching. It’s the biggest reason why Kansas is ranked for the first time since 2009 and it took Leipold less than two years to do it.

Wisconsin ties are also an important factor in the Badgers’ coaching search. While Leipold didn’t play at Wisconsin, he starred at quarterback for Wisconsin-Whitewater (1983-’86) and then became the Warhawks’ quarterbacks coach in 1987. He served as a graduate assistant for the Badgers (1991-’93), working his way up the ladder.

Leipold won the WIAC Coach of the Year four times (2009-’11, 2014) and MAC Coach of the Year twice (2019-’20), overseeing Buffalo’s resurgence with a combined 24-10 record in his final three seasons before taking over at Kansas. Fans rightfully want Leipold to become the next Wisconsin Badgers head coach, he would be an outstanding hire.

The Wisconsin Badgers defensive coordinator from 2006-’10, NC State head coach Dave Doeren checks off a lot of boxes. He is very familiar with recruiting in Wisconsin, knows the Big Ten Conference exceptionally well and his track record in his last two stops speaks volumes.

Doeren left the Badgers in 2011 to coach Northern Illinois and he delivered instant success. The Huskies went 23-4 during his two-year stint, winning the GoDaddy.com Bowl and then making it into the top-25 college football rankings to close out the 2012 season. Northern Illinois hasn’t won double-digit games since 2014.

Taking over at North Carolina State in 2013, Doeren used his first season to transition the program and it went just 3-9. As he started to bring in his own recruits and his system improved, the new standard at NC State climbed every year. Doeren is now 43-24 since 2017 and he looks ready to move up to a marquee football program.

It seemed evident in 2021 that Matt Rhule didn’t fit in the NFL, but the Carolina Panthers brought him back. More games are just demonstrating the obvious, Rhule belongs in college football. He will be fired at some point during the 2022 NFL season and that will open the floodgates for college programs and boosters desperate to hire him. 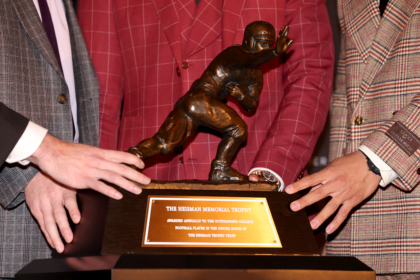 Look at what he did in a short amount of time with programs that needed to be rebuilt.  After an 8-16 combined record in his first two seasons at Temple, the Owls went 20-7 in the next two years. It remains Temple’s only double-digit win season since 1979. He then took on the challenge of a Baylor team rocked by lost scholarships and alarming cultural issues left by the former regime. Rhule took over and Baylor went from 1-11 (2017) to 7-6 and capped it off with an 11-3 season in 2019.

There is going to be a lot of competition for Rhule and he doesn’t have ties to the program or the Midwest. But if the Wiscosnin Badgers want to hire one of the best college football coaches, Rhule is an outstanding target.

Here are a few other top candidates who will likely be mentioned in the Wisconsin coaching search, with notes on a few explaining why they didn’t make the top four.