If you’re not cheering for a contending team, this can be a frustrating time of the MLB season. Other teams are getting ready for the playoffs, while you’re looking ahead to the winter, figuring out if your team can make the right additions to contend next year.

Fortunately, there are plenty of options to look at. Plenty of players from MLB contenders are set to become free agents at the end of the year. That’s who we’re focusing on today.

J.D. Martinez, Justin Upton and Jay Bruce have been prized in-season acquisitions this year. They are also set to be big money free agents in a short period of time. If you’re looking for battle tested players, then we have three players from the Kansas City Royals to choose from, and another who was on their 2015 World Series team.

The 2017-18 free agent class will feature plenty of players on contenders who will make an impact next year, wherever they go. These are the best of them.

* Denotes a player with a player option.

As good as Arizona’s lineup was before he arrived, Martinez leaving would be a sizable blow. This is the kind of hitter that kind of bat can make a bad lineup average, an average lineup good, a good lineup great, and a great lineup a nightmare on opposing pitchers. 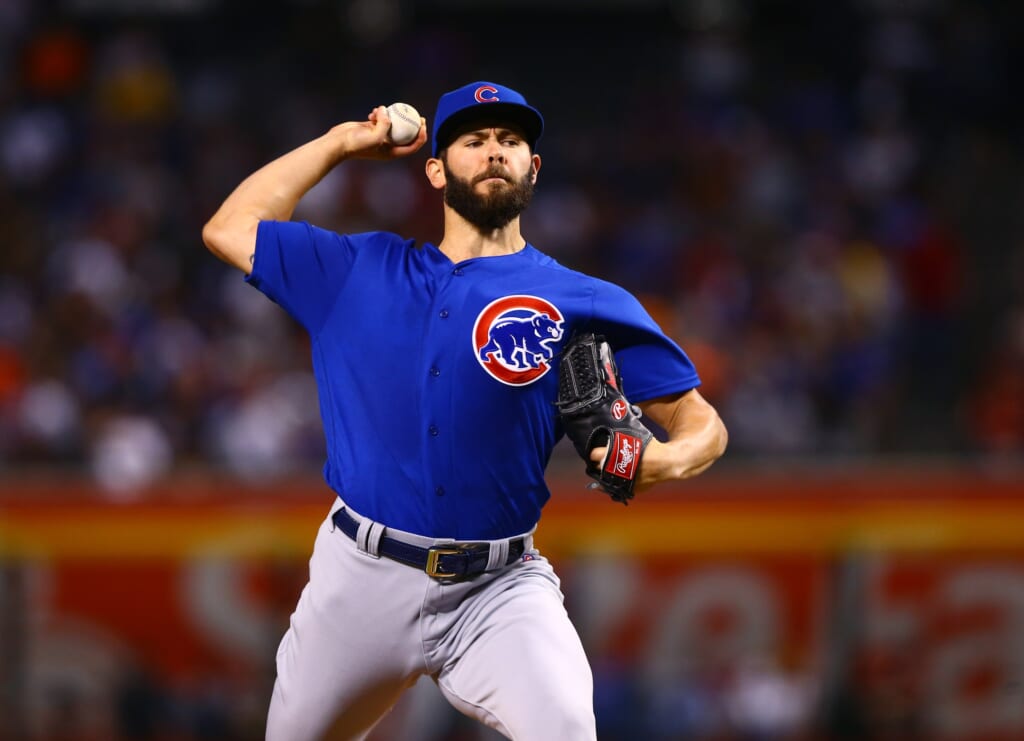 For a good portion of the year, we could have debated Arrieta’s placement. Again, front offices aren’t exactly rational when it comes to starting pitchers and the 2015 National League Cy Young Award winner was likely always primed for a big pay day. But the numbers didn’t always back that up.

It may seem like something of a stretch to label Kansas City as “contenders.” Yet, because nobody has really stepped up and grabbed that second Wild Card spot, the Royals still alive. Besides, Kansas City’s free agents need to be mentioned. That starts with Hosmer. 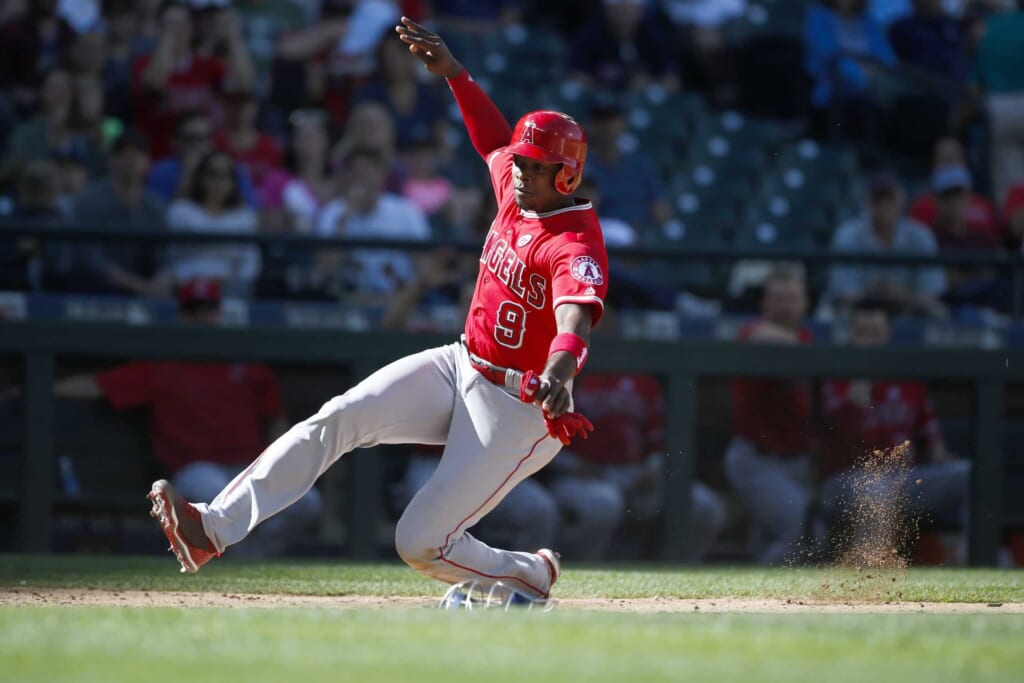 Upton could theoretically opt to remain with the Angels for $22.1 million in 2018. While that’s certainly nothing to sneeze at, his value on the open market would be immense.

Dating back to 2009, Upton has only failed to hit 25 or more home runs twice. Especially with the renewed importance of the home run, that’s solid consistency that teams would be lucky to have.  This year, he’s at 31 and backing it up with a .280/.368/.548 line. Also, because he’s been around for so long, it can be easy to forget this. But Upton is only 30. He has plenty of good years remaining. Much like Martinez, Upton is the kind of impact outfield bat that will make any lineup better.

Much like Arrieta, Darvish is set for a big pay day. But if he has a good postseason for the Dodgers, Darvish can really up his value. Darvish is a strike out master. For his career, he’s struck out 11 hitters per nine innings and has never gone under 10 K/9 in any given season. Even with the strikeout more prevalent, those are great numbers, especially for a starter.

Darvish is actually suffering through the worst year of his career in 2017. His WHIP is a respectable 1.20, but his ERA is 3.96 — a career worst. But that’s not bad for a career worst, especially since his ERA had never been below 3.41 before 2017. At his absolute worst, Darvish is a very good No. 2 starting pitcher. Don’t be surprised if some team out there makes him its No. 1, either.

Right off the bat, there are certainly some drawbacks with Moustakas. His average (.271) and OBP (.313) are not great. But with the home run most definitely back in style, teams will fall in love with his 36 dingers and .523 slugging percentage. Really, teams should fall in love with numbers like that.

He’s a power hitting third baseman and as luck would have it, some big-market teams (New York Yankees, Boston Red Sox, San Francisco Giants) will be in the market for precisely that. Moustakas is hitting the free agent market in the absolute right year. 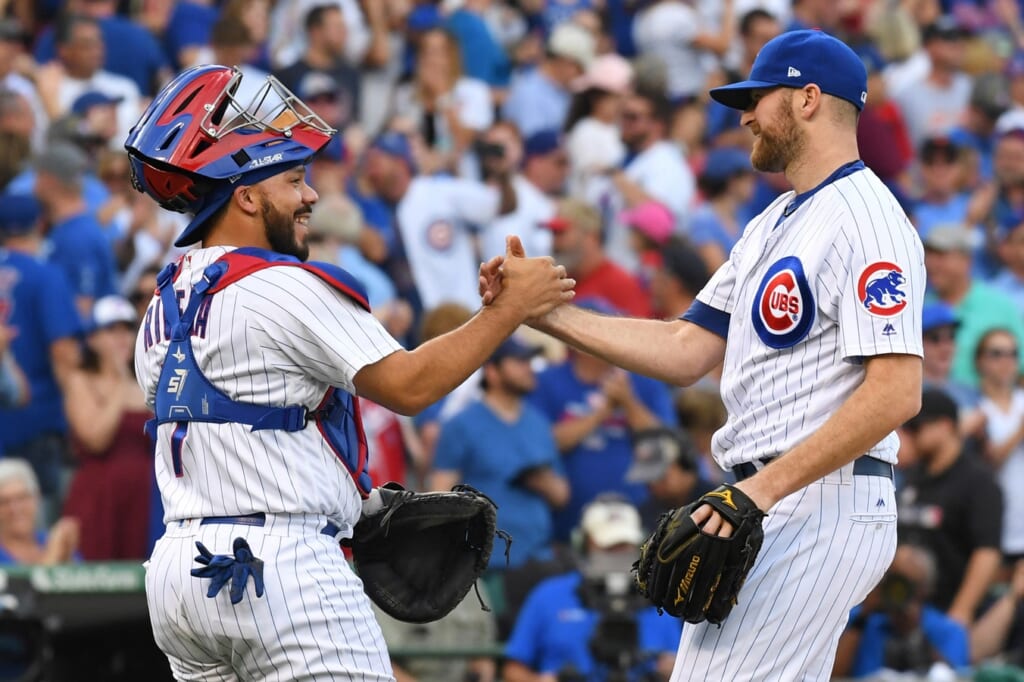 Since moving to the bullpen, Davis has been one of the best relief pitchers in the league. He was a stud set-up man on Kansas City’s American League Championship team in 2014, and was even better as the closer on the World Series champs the next year. With his numbers and big-game record, teams will find themselves in hot pursuit of this closer.

Expect the Cubs to do everything they can to bring him back. But there will be a bidding war and it will likely include at least every big market team in the game.

One would also be hard pressed to find a more versatile starter-caliber player in this year’s free agent class. In 2017 alone, Nunez has logged games at third base, second base, shortstop and both corner outfield positions. Teams are using their bullpens earlier and earlier, meaning they’re carrying more relievers. With that, the versatility of the position players is quite important. Nunez certainly has that.

Here’s a good rule of thumb to follow for any team pursuing Frazier. Know what he can do. Know what he can’t. Okay, that’s a rule for any free agent, but it especially applies to a guy like Frazier.

If your lineup needs someone who’s going to hit for a high average, Frazier is not for you. Though, he does draw a fair amount walks. Additionally, Frazier hits a lot of home runs, having hit 130 since the beginning of 2014. That’s certainly something that a lot of lineups can use. Again, teams have to know his limitations, but Frazier will be a prize of the hot stove season.

He’s also a great defender in center field, which happens to be one of the most important defensive positions on the diamond. If Cain does leave the Royals, he’ll be very hard to replace. The teams that lands him would a solid overall player, as well.

Another player with an option to return. But unlike Upton, we can imagine Tanaka opting back in for $22 million and remaining with the Yankees. The 2017 season has been, by a comfortable margin, his worst. But despite that, while can see him opting back in, we don’t actually see it happening.

Tanaka is suffering through a down year. His 4.73 ERA and 1.26 WHIP are career worsts. But from 2014-2016, he had a 3.12 ERA, 1.05 WHIP, and struck out better than eight hitters per nine innings. Certainly, he’ll have to convince teams that 2014-16 is the norm, and that 2017 has been nothing more than an outlier. But with a dearth of good starting pitching around baseball, that shouldn’t be too hard to do.

The home run ball is certainly back in 2017. Even still, not many players have matched Morrison’s long ball productivity in 2017. With 36 home runs, Morrison is tied for eighth in all of baseball.

Now, critics may point out that 36 is by far the best total of his career. So, if we can dismiss Tanaka’s down year as an outlier, why can’t we do the same with Morrison’s? In truth, that’s a fair point. But this is really only the second year in which Morrison has been an every day player and remained healthy. So, while he’s never pushed 40 home runs before, he never really had the chance.

Morrison’s lack of a great track record will hurt. But it won’t override the brilliant season that he’s enjoyed in 2017 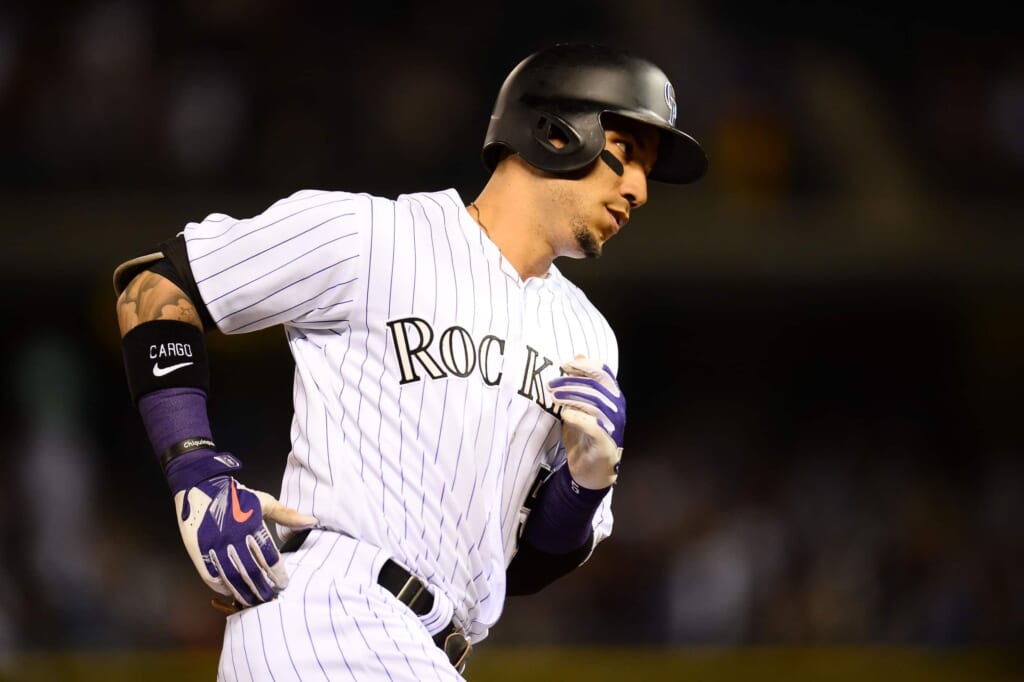 Like Tanaka, Gonzalez is certainly not entering free agency on a high note. It would be foolish to say anything different. But it would also be foolish to think that CarGo can’t make a tremendous impact with whatever team he plays on in 2018.

Over the 2015 and 2016 seasons, Gonzalez slashed at .285/.337/.522, all while averaging 32 home runs and 98 RBI. Also, while a down year across the board may point to Gonzalez being on the downside of his career, we shouldn’t rush to that judgment. Gonzalez has certainly been around for a while, but he’ll be 32 in October. That takes him out of the running for a long-term deal (or, it certainly should), but Gonzalez is certainly young enough that he can be quite valuable on a 3-5 year deal. Given his track record, some team will undoubtedly agree.

Bruce made his MLB debut in 2008. While he’s certainly had some ups and downs, he’s consistently put balls over the fence. He’s never hit fewer than 18 home runs and has hit 30 or more on five separate occasions. He’s also hit 34 homers in 2017.

Think of Bruce as an outfield version of Moustakas. His average and OBP are not great (.257 and .326) in 2017. But you can live with that because of the power, which only seems to be getting better. The 34 home runs in 2017 are already a career high, surpassing the 33 he hit in 2016. He’s definitely moving in the right direction.

Given that Bruce will be only 31 on Opening Day, it’s fair to say that he has at least a few good seasons of monster production left in the tank.