The New York Giants lost in heartbreaking fashion in Week 16, watching Greg Joseph drill one of the longest game-winning field goals in NFL history to secure a 27-24 victory for the Minneosta Vikings on Saturday.

With the loss, New York missed an opportunity to clinch its first playoff berth since 2016 as both the Detroit Lions and Seattle Seahawks lost on Saturday. The Giants can still make the NFL playoffs if they defeat the Indianapolis Colts on New Year’s Day.

New York and Minnesota gave NFL fans the most entertaining game on Saturday afternoon as both teams eclipsed 350 total yards. Despite the loss, head coach Brian Daboll has to take pride in how hard his team fought against one of the best teams in the league.

These two teams could meet again in the Wildcard Round of the playoffs. But for right now, we’ll take a look at the winners and losers of Saturday’s game.

Jefferson showed why many feel he’s the best receiver in the league, and the front-runner to be named Offensive Player of the Year. He finished the game with 12 receptions for 133 yards and a touchdown. His 17-yard touchdown with three minutes remaining in the game put Minnesota up 24-16 in what was thought to be the game-clincher. 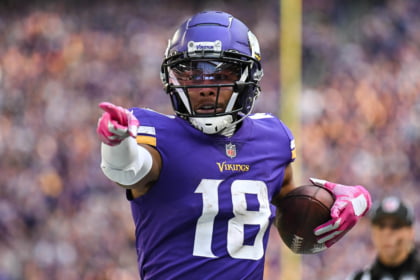 The electrifying performance pushed Jefferson to 1,765 receiving yards this season, breaking Randy Moss’ single-season franchise record (1,632) with two games left to play. No matter what New York’s defensive coordinator Wink Martindale dialed up Jefferson and quarterback Kirk Cousins had the answer for it.

If you just look at the box score, you’ll see that Richie James had the most productive game of the season. He had a season in receptions with eight and a season high in receiving yards with 90.

But he had two key drops in the 4th quarter that could have resulted in a different final outcome. His biggest drop came with 6:55 remaining in the game and New York trailing 17-13 facing a 3rd and 5 from the Vikings’ 37-yard line. Daniel Jones threw a pass right into James’s hands that he dropped.

The pass would have been good for a first down, and New York would have been in a position to take the lead. Instead, they had to settle for a Graham Gano 55-yard field goal to cut the deficit to 17-16.

Hockenson showed on Saturday why he’s one of the best tight ends in the league. He had a game-high 13 receptions for 109 yards and two touchdowns. Whether he was matched up on a linebacker or safety, Hockenson got the better of whoever was guarding him.

His second touchdown of the game was one of the best highlights of the Saturday slate of games as he was able to come down with the ball with Julian Love and Darnay Holmes in tight coverage.

While Minnesota’s tight end had a phenomenal game, the same cannot be said for New York’s tight end Daniel Bellinger. He finished the game with two receptions for 27 yards and had a costly fumble on the first play of the second quarter with New York in Minnesota territory. 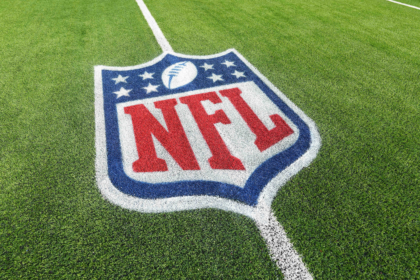 Although he did catch the game-tying two-point conversion attempt, following the fumble Daniel Jones seldom looked his way as the rookie tight end only had two targets the entire game. Maybe going to the wide receivers was offensive coordinator Mike Kafka’s game plan, but it was surprising to see the lack of opportunities Bellinger had.