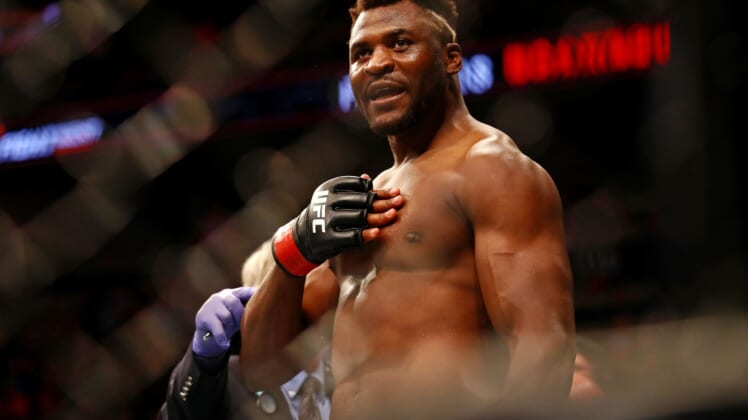 The Ultimate Fighting Championship is back and made its return from a seven-week break. On paper, UFC 249 was hands down one of the most stacked cards in MMA history and featured an Interim Lightweight Championship match between Tony Ferguson and Justin Gaethje.

UFC president Dana White made a bold proclamation that the UFC would be the first to return to action from the sports shut down amidst the COVID-19 pandemic. True to his word, White put together a stacked card with 11 fights scheduled to go down in an empty arena in Jacksonville, Florida.

Also, on this card, former heavyweight champion Fabricio Werdum returned from a two-year suspension, Bryce Mitchell looked to continue his ascension to become a featherweight contender, and Donald Cerrone returned to fight Anthony “Showtime” Pettis in a highly anticipated match up.

So, let us look at the winners and losers from UFC 249.

There was an absolute grappling clinic put on Saturday night by surging featherweight contender Bryce Mitchell against a very tough Charles Rosa. “Thug Nasty” maintains a pace like no other fighter in the featherweight division and his ease of transitions from submission to submission is something to be seen.

Mitchell made his opponent who has a jujitsu black belt look like a white belt comparison to his skills. His performance in Jacksonville was a true testament to how much he has improved since The Ultimate Fighter television show. It will not be long before we see Bryce Mitchell in title contention if he keeps improving and performing how he did in UFC 249.

The former UFC light heavyweight champion needed a win badly and he performed well against a very tough and determined Donald “Cowboy” Cerrone. “Showtime” was precise in his striking and displayed great striking throughout this fight. Pettis showed he has a strong chin when Cerrone nailed him with some hard shots at the end of the fight. This was the first step for Pettis to restart his quest at another title match in the future. Title matches are hard to come by. But with a few more big wins, Anthony Pettis may find himself in contention soon.

What a knockout for Calvin Kattar. The striking he displayed was crisp and powerful throughout the fight. The sequences he uses in his striking are top level striking. Not only can he withstand a hard punch, but he walks right through them. This young man has a bright future in MMA.

An important lesson was learned tonight for all UFC heavyweight contenders to pay close attention to: DO NOT call out Francis Ngannou! Ngannou has scary power! And is the next contender for the heavyweight title.

This was the fight of his career and he used powerful punching to defeat one of the best fighters on the planet. I have never seen a boring fight from Gaethje, and he absolutely is a must watch fighter. Congrats to the new Interim UFC Light Heavyweight Champion. Can we please get Gaethje vs Khabib soon, Dana White?

The former champion looked in awful shape and time is not on his side for another chance at the heavyweight title. Werdum looked old, out of shape, and confused against a journeyman fighter. There will not be another opportunity for Werdum unless he steps up his conditioning and has some devastating wins soon.

If he is really retiring at 33 years old and at his prime, I would be blown away. Leaving millions of dollars one table does not seem like a smart choice after he has complained for years about his pay. This is a tactic to get more money in a new contract, but it is a strategy that Dana White does not care for and it hasn’t worked well for others in the past.