Winners and losers from ‘Thursday Night Football’ in Week 14

Domination mode from Henry and Co. 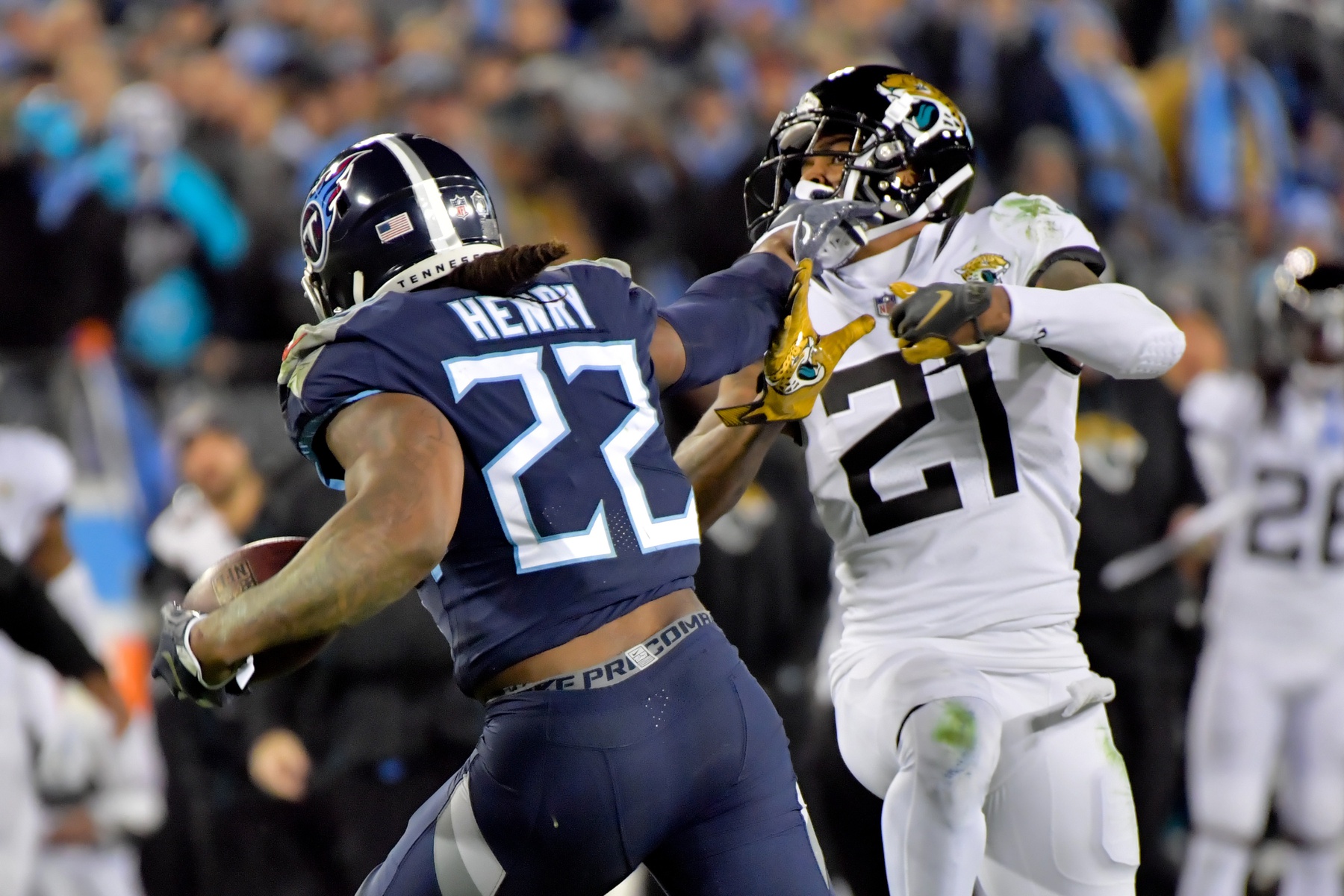 At 6-6 on the season, the Tennessee Titans needed a win over the division-rival and last-place Jacksonville Jaguars on Thursday Night Football.

Right out of the gate, Tennessee imposed its will against a free-falling Jaguars team. That included Derrick Henry going for a touchdown on the Titans’ very first drive. From there, it was domination mode from Henry and Co. in a 30-9 win.

Here, we check in on the biggest winners and losers from this AFC South clash on Thursday Night Football. 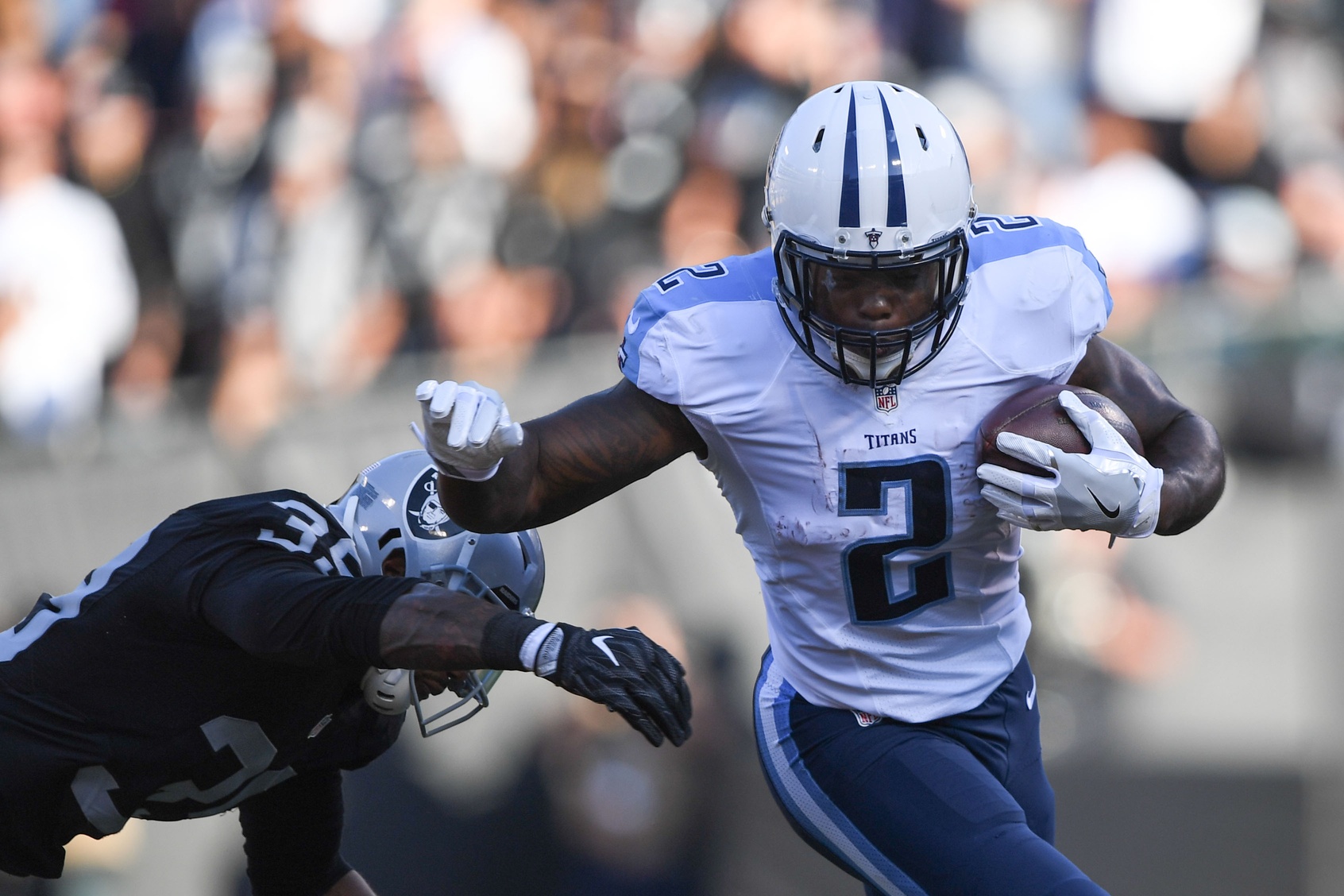 Having already committed a safety in the first half, Tennessee was backed up at its own one-yard line following a tremendous goal-line stand. The Titans were just looking to create some room for Marcus Mariota to work with a power run up the middle to Henry.

That’s when the former Heisman winner showed everyone just how dominant he can be. The Alabama product took the hand-off, stiff-armed A.J. Bouye and went 99 yards for the touchdown to give Tennessee a two-score lead. In the process, he joined Hall of Famer Tony Dorsett as the only player to put up a 99-yard touchdown run in NFL history. Henry added two more touchdowns in the second half — finishing the game with 238 yards and four touchdowns on 17 attempts in an historic performance. It led to football fans the world over losing their minds. Gosh, what a performance.

Loser: This has to be it for Doug Marrone, right? 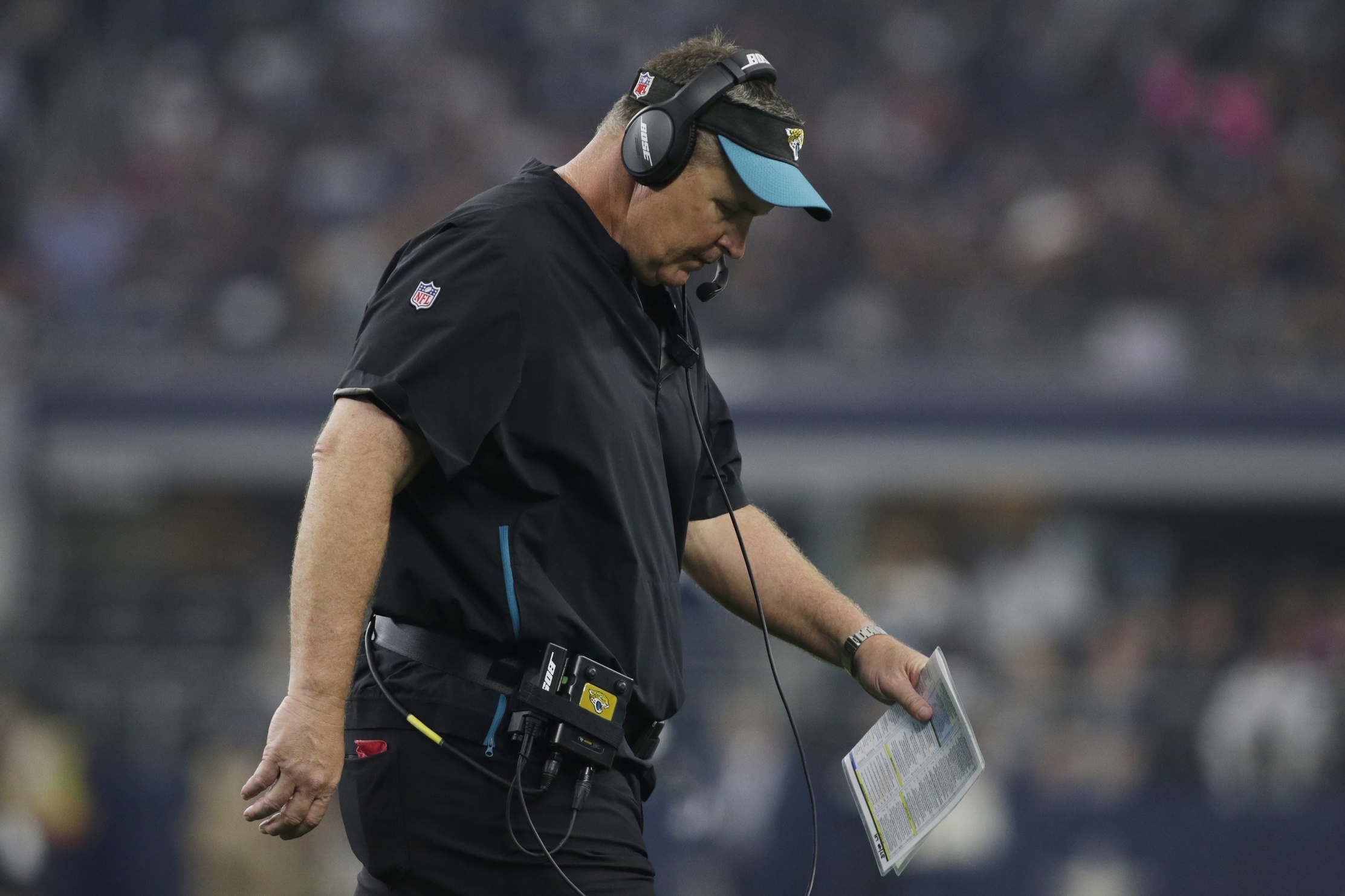 Heading into Week 14 it sure looked like Marrone had lost his team. Sure Jacksonville was coming off a 6-0 win over Indianapolis. But that was the team’s first win since all the way back in late September. Since then, everything that could go wrong has gone wrong. Blake Bortles was benched for Cody Kessler. Leonard Fournette found himself suspended for fighting. Jalen Ramsey continued to make the organization look bad. It led to front office head Tom Coughlin calling the Jags out in a big way.

Nothing we saw Thursday night in Nashville against an average Titans team changed this narrative. Jacksonville’s offense was stuck in the mud. Its defense gave up way too many explosive plays for the talent it possesses. The end result being a 30-9 drubbing on national television. At this point, we wouldn’t be surprised if Marrone were fired before the weekend. Fans are certainly asking for it. 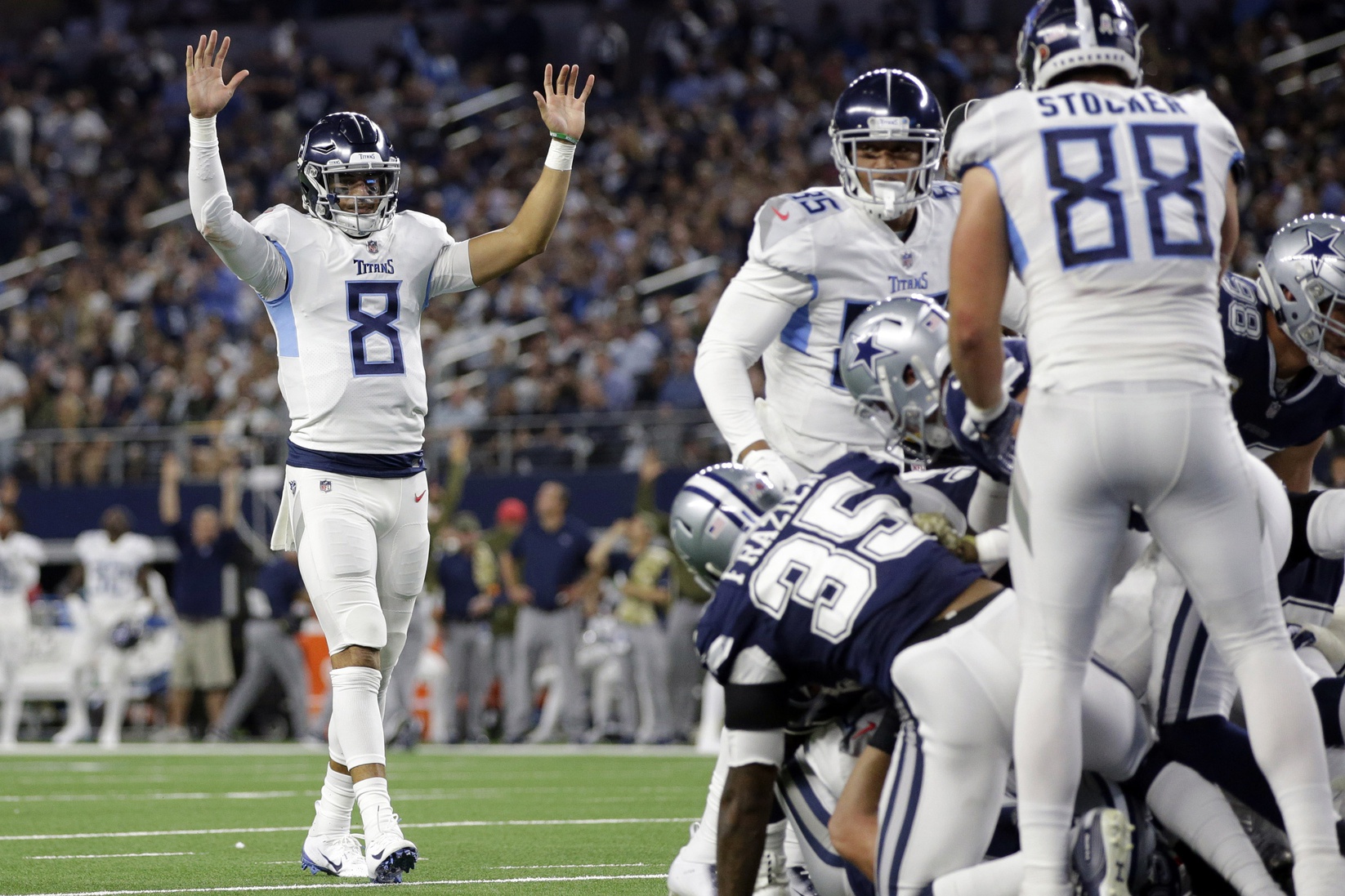 One way to keep Marcus Mariota healthy is to actually protect him. Despite boasting Pro Bowl book ends in that of Jack Conklin and Taylor Lewan, the Titans had not been able to do that this season. Mariota has gone down 38 times in 10 starts. That includes him being sacked 32 times over the past seven games. Fortunately for the Titans and their playoff aspirations, this unit stepped up big time Thursday night.


Mariota was sacked just one time and hit one time on 26 drop backs. Some of that had to with the Titans calling for quick passes. Even then, it was nice to see pass protection step up in front of the injury-plagued quarterback. 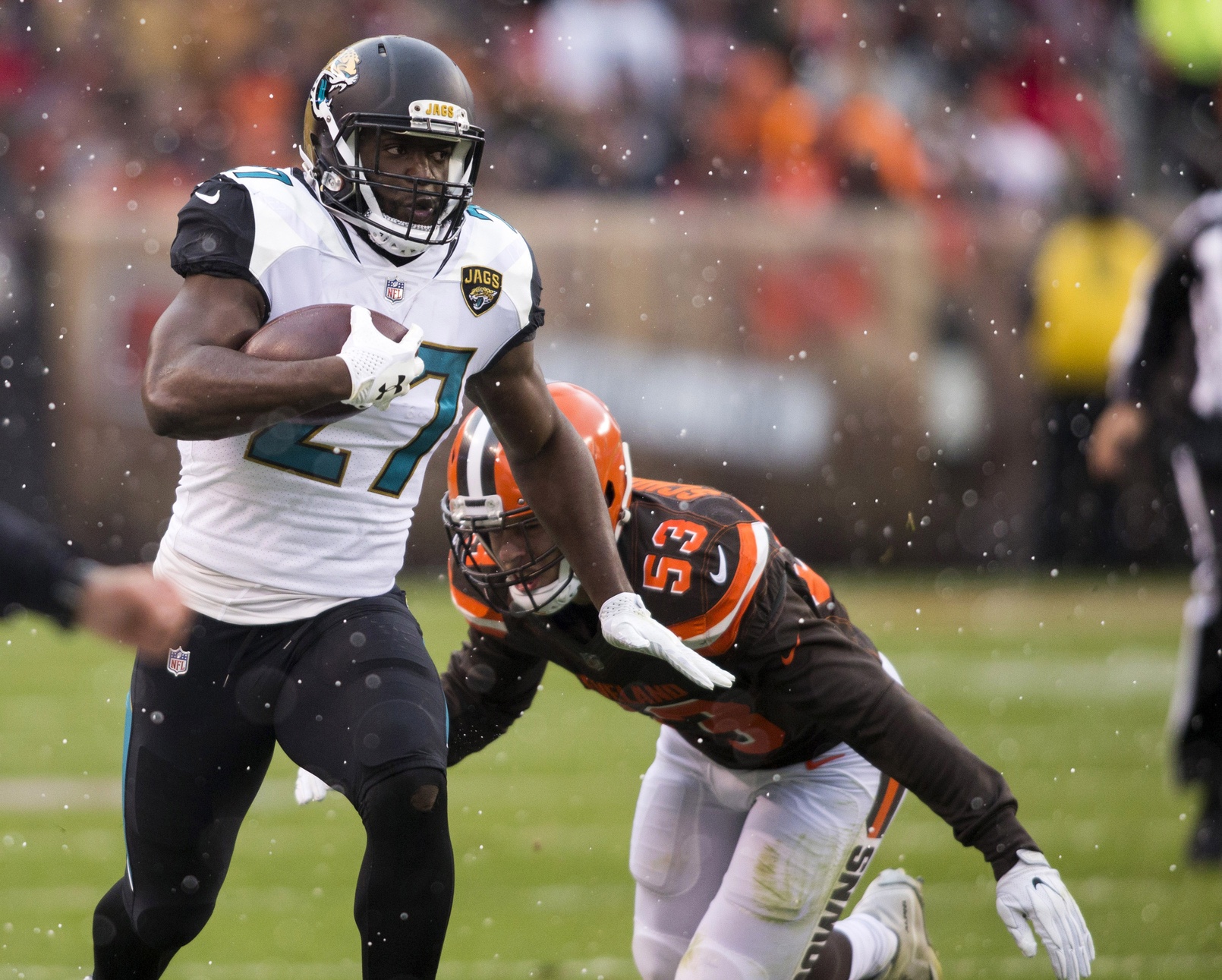 This second-year back can’t blame his struggles Thursday night on the hamstring injury that forced him from seven games earlier in the season. Seemingly 100 percent, Fournette looked absolutely terrible against a Titans run defense that entered Week 14 ranked in the bottom half of the NFL.

All said, Fournette put up 36 yards on 14 attempts. This is not the type of performance the last-place Jaguars needed with backup quarterback Cody Kessler replacing the ineffective Blake Bortles under center. We’re now openly wondering whether exhausting the No. 4 overall pick in last year’s draft on the running back was a mistake. 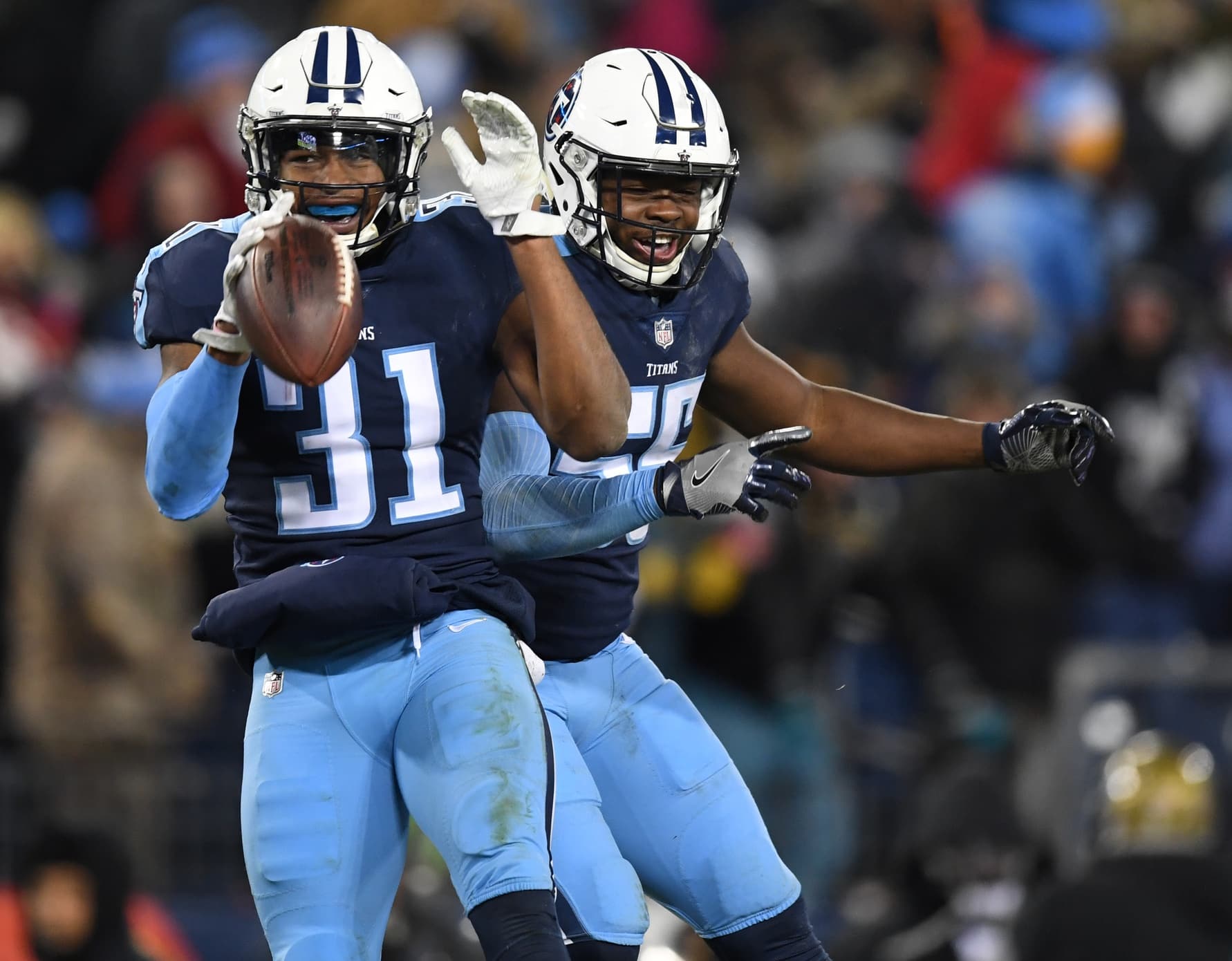 More so than any other player on this unit, Byard is the primary reason why Tennessee boasts a top-10 overall defense. He’s a ball hawk in the secondary. And even from the free safety position, the All Pro defensive back isn’t afraid to get his hands dirty at the line.

This came out in droves against the Jaguars and their lackluster offense on Thursday. Byard recorded three tackles, two passes defended and just the second sack of his career. He’s a legit force in the secondary. And if Byard continues to play like this, the Titans might have a chance at seeing postseason football. 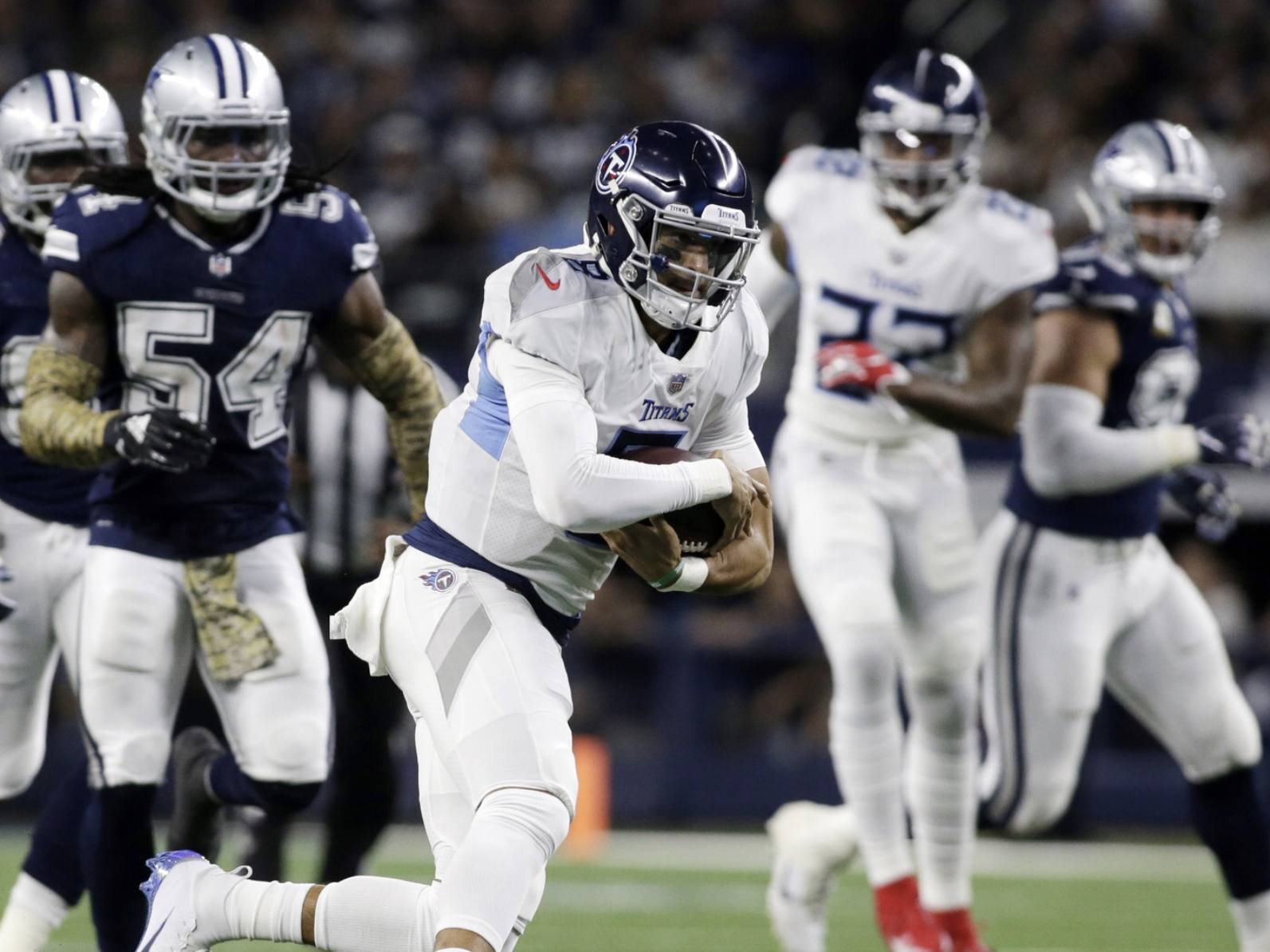 Mariota’s overall numbers weren’t too bad. He actually completed 12-of-16 passes for 102 yards in the first half. The problem here is that one of those misses was this terrible interception on Jacksonville’s side of the field with his Titans up 7-0 early in the game. That’s the issue for Mariota. He struggles with consistency.


The former No. 2 overall pick also struggled getting the ball down the field against a solid Jaguars secondary. All said, he tossed for 162 yards on 24 attempts in the win. At this point, Mariota is what he is. He’s not going to progress. The Titans have to deal with that. Thursday’s performance told us this story in more ways than one. 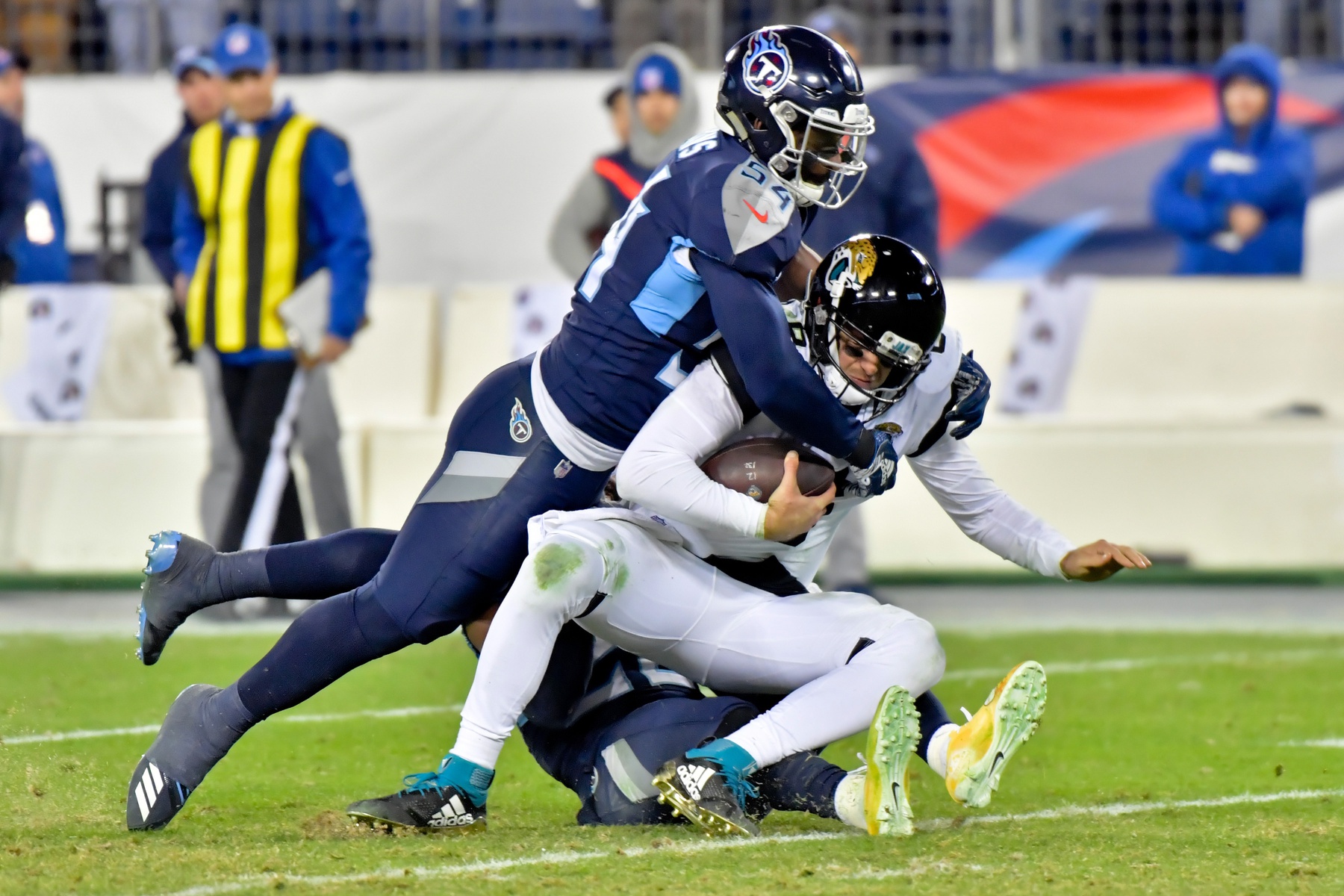 We focused on Kevin Byard and what he does in the secondary, but the Titans’ Defensive front came to play big time against Jacksonville. The interior of this line allowed the Jaguars to go for 60 yards on 20 attempts for an average of three yards per rush. That’s some elite-level stuff.

From a pass-rush perspective, Tennessee hit Cody Kessler nine times and sacked him a total of four times in the impressive win. Winning in the trenches is important at this point in the season. The Titans did that in more ways than one Thursday night. 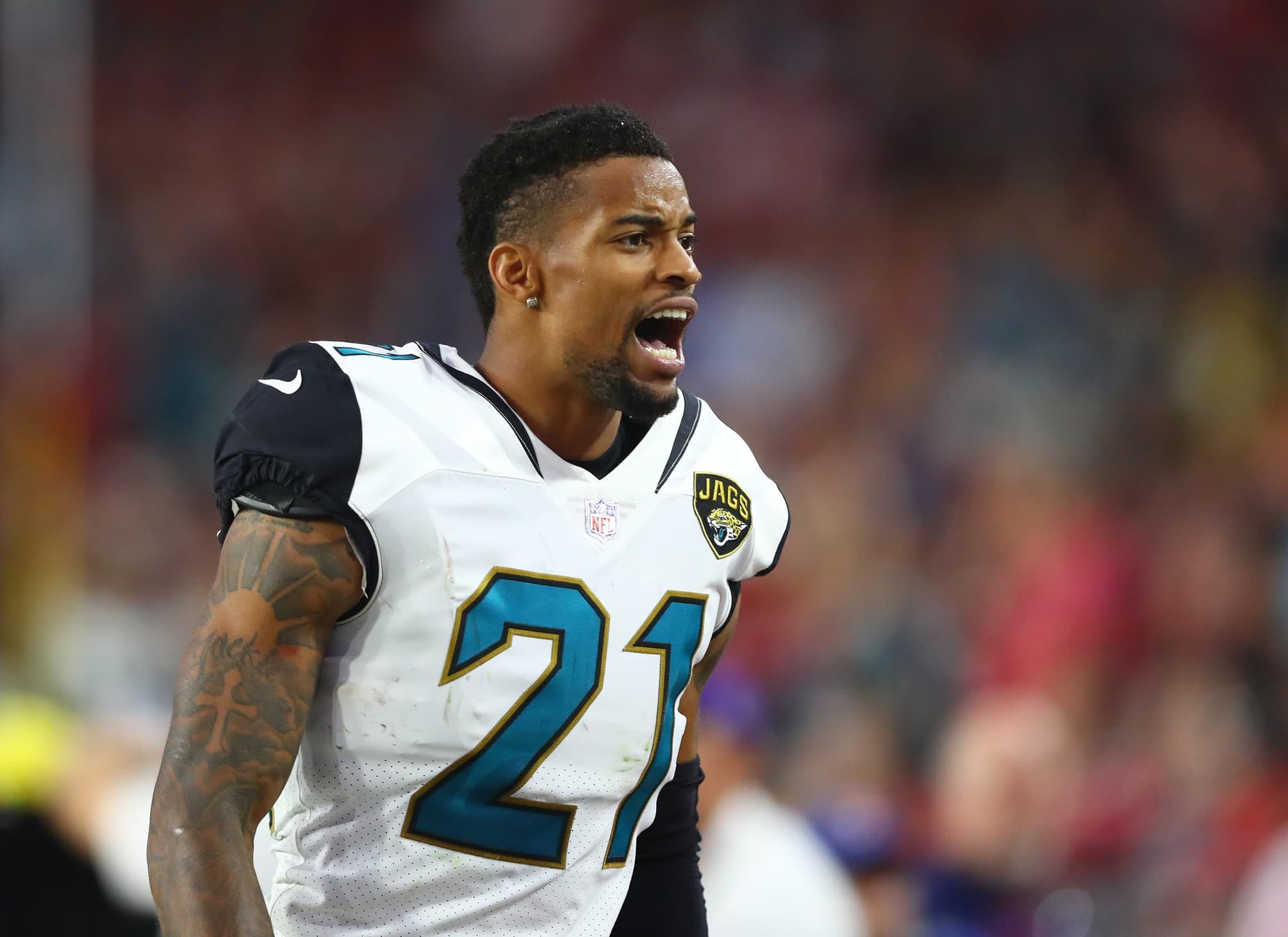 It’s not too often that this Pro Bowl cornerback finds himself on the short end of the stick. But that’s what we saw Thursday night after Derrick Henry stiff-armed Bouye to Graceland. It was a downright horrible look for the physical corner, and tells us a story of a defense that has just given up on the season.

Equally as disturbing for Bouye, he allowed 4-of-5 passes to be completed when targeted. That’s not going to get it done. This season just can’t end soon enough for those in Duval. Bouye’s performance Thursday night magnified this to a T. 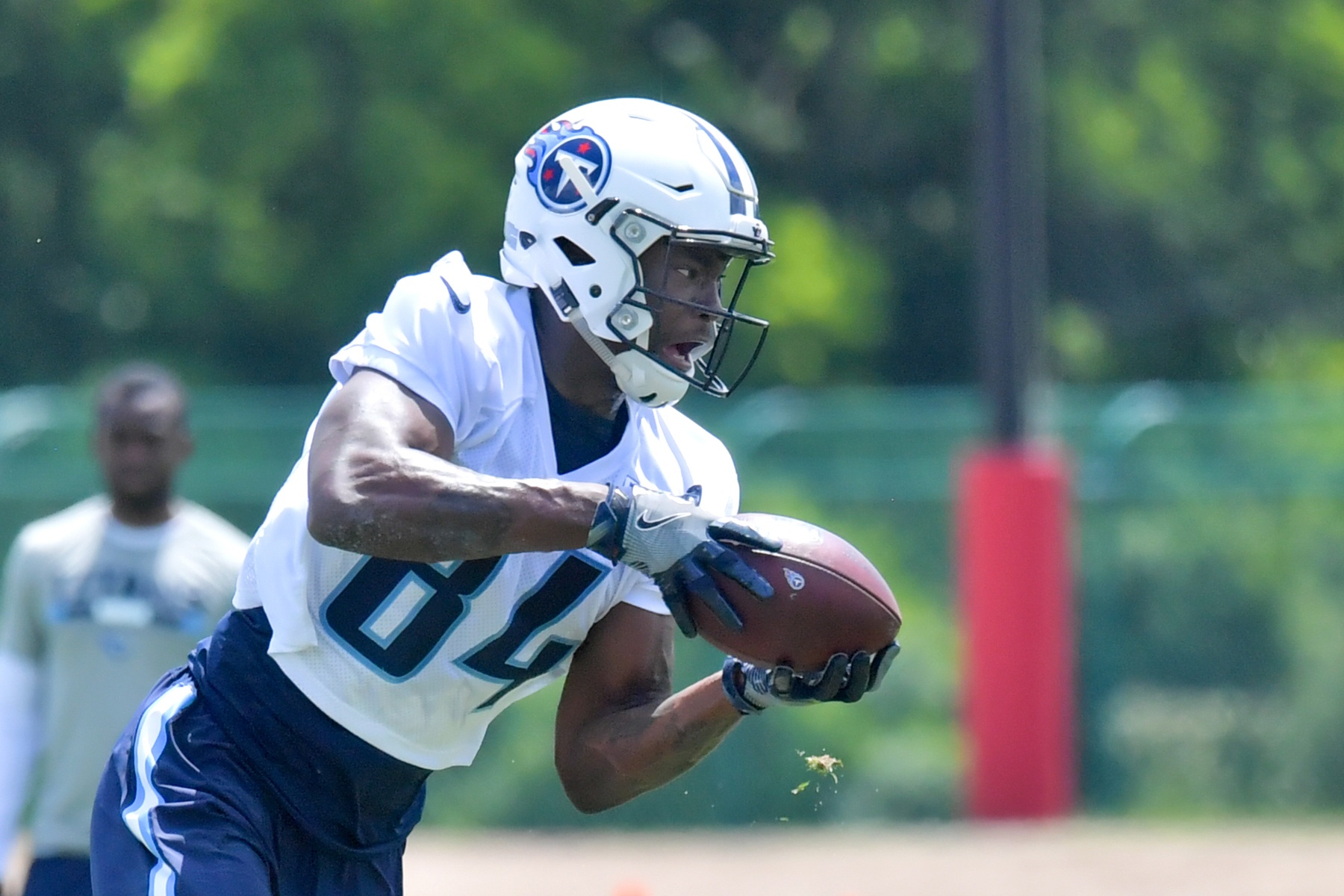 Tennessee’s passing game didn’t need to do a whole lot in this one with the way Henry was running the ball on the ground. Even then, the young duo of Taywan Taylor and Corey Davis did everything possible to prop up a struggling Marcus Mariota.

None of these catches were of the downfield variety, but the two did well finding gaps against Jacksonville’s previously elite-level secondary. When all was said and done, Taylor and Davis caught 8-of-10 targets for 80 yards. Mariota completed 10-of-14 passes for 62 yards when targeting other players. 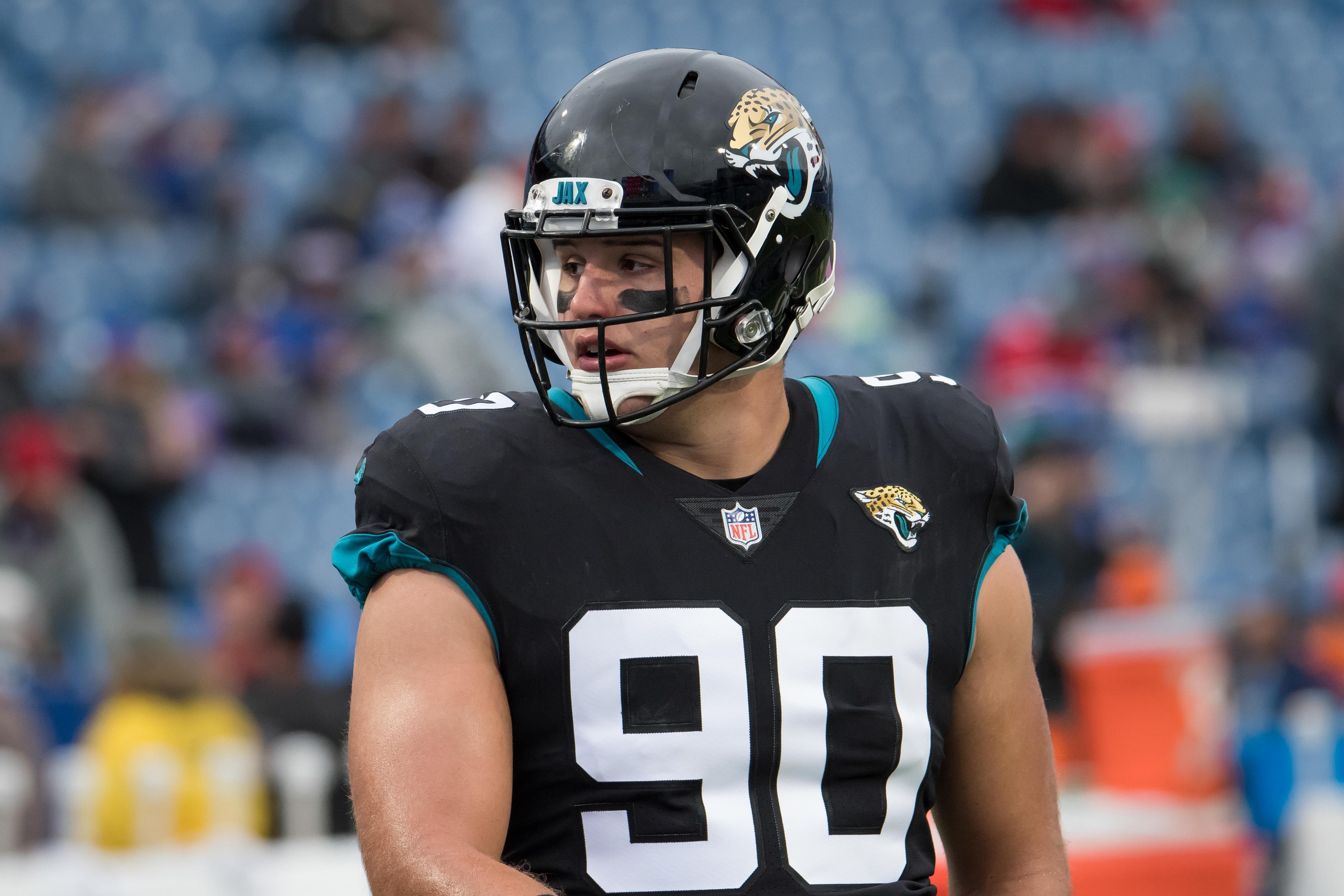 In a somewhat interesting move, Jacksonville decided to start rookie Taven Bryan over veteran Malik Jackson on Thursday. It’s a clear sign that Jackson’s days in Duval are numbered. Even then, those who actually took part in this game struggled to do anything of substance against what had been a horrible Titans offensive line.

All said, Jacksonville put up one quarterback hit and a single sack of Marcus Mariota in the blowout 30-9 loss. Given that Super Mario had been sacked an average of nearly four times per game this season, we’re not too sure how the Jags couldn’t put consistent pressure on him. That’s another issue for this team as it completes what has been a lost season.