Winners and losers from Cowboys win over the Redskins

In what was a must win for both the Dallas Cowboys and Washington Redskins on Thursday night, the home team came out on top in a big way.

Riding a strong rushing attack led by Alfred Morris and seeing Dez Bryant actually show up for the first time in a long while, Dallas came out on top by the score of 38-14. 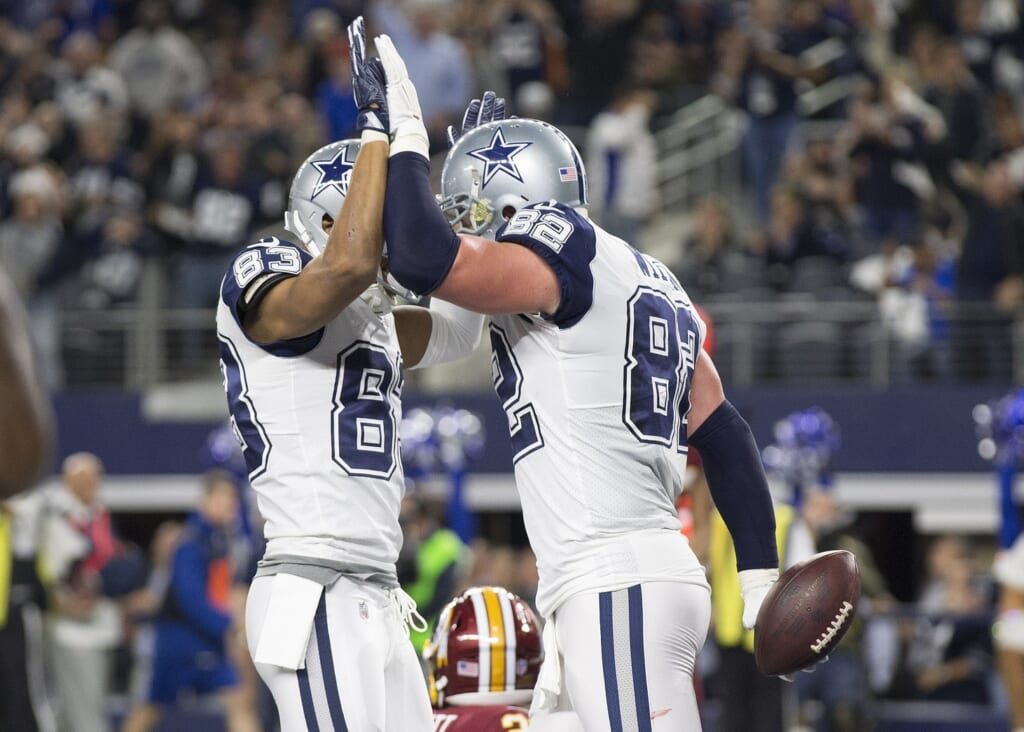 Even with his Cowboys struggling on offense since Ezekiel Elliott started serving his suspension, Witten has continued to prove himself as a consistent target for Dak Prescott.

The future Hall of Famer caught an eight-yard touchdown pass from Prescott to open the scoring in the second quarter. It was Dallas’ first touchdown since the first quarter of its Week 10 loss to the Falcons. All said, Witten put up just that one catch. But it helped start an upward trend for this offense throughout the remainder of the night.

The Redskins’ No. 1 receiver was directly responsible for two turnovers in the first quarter on Thursday night. The first one came when Crowder dropped a perfect pass from Kirk Cousins in the red zone, leading to an interception and taking at least three points off the board for Washington. Then, immediately after the Skins forced a three-and-out, Crowder fumbled the ensuing punt.

Needless to say, the social media world was abuzz over this titanic early-game meltdown from the otherwise sure-handed receiver. And even though Crowder did catch five passes for 67 yards, his first quarter effort was all disaster.

What a difference it makes when the Cowboys actually have their franchise left tackle on the field. Taking on a pretty good pass rusher in Ryan Kerrigan Thursday night, Smith provided Prescott with a clean pocket throughout the game. All said, Kerrigan put up zero sacks and zero quarterback hits in the game.

Also important to note, Dallas had much more success running the ball than in the previous three games without Elliott. It’s this type of balance that enabled the Cowboys to put up 38 points in a season-saving win. 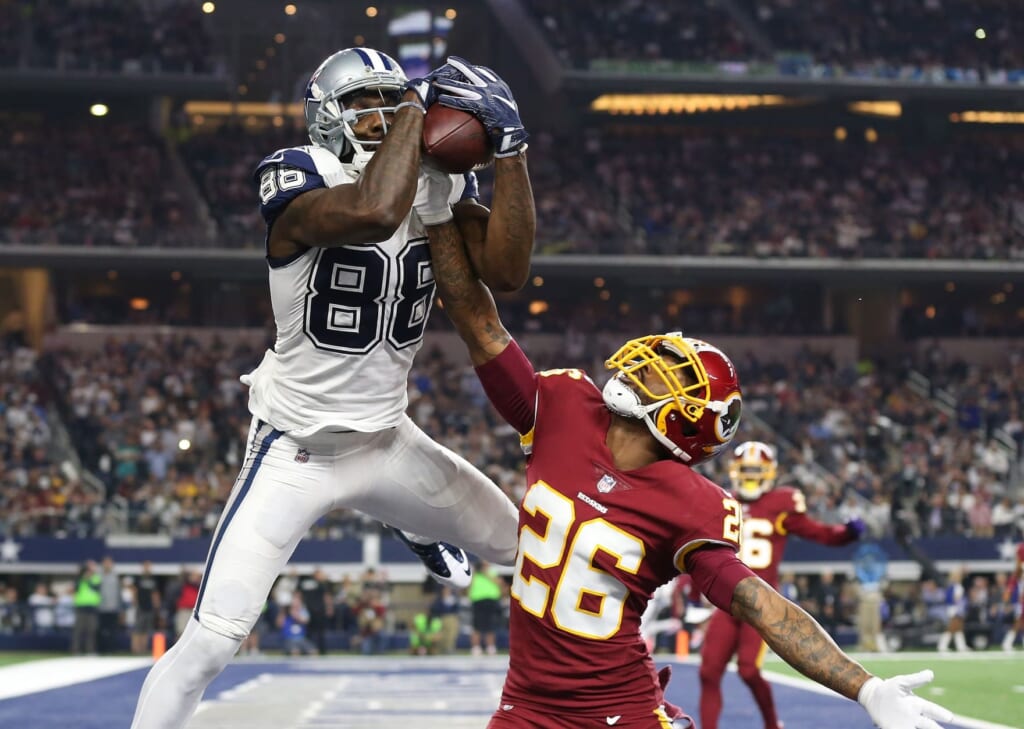 We have no real idea why Washington decided against shadowing Dez Bryant with Pro Bowler Josh Norman. What we do know is that it came back to bite head coach Jay Gruden and Co. in the back end.

Breeland was absolutely atrocious going up against Bryant, enabling the struggling receiver to put up his best performance since Week 9 with five receptions and 61 yards. That included two big catches in Dallas’ drive late in the third, early fourth quarter which culminated in a touchdown pass from Prescott to Bryant to put the Boys up by three scores. Breeland was then called for a pass interference in the end zone late in the fourth, ultimately leading to a Cowboys score that put the game away.

We all know Morris wanted to make a statement against his former Redskins team on Thursday night. And that’s exactly what he did. The two-time Pro Bowler put up his best Ezekiel Elliott impersonation, killing the clock big time in the fourth quarter with strong run after strong run.

When all was said and done, Elliott’s replacement put up 126 yards on 26 attempts in his best performance as a member of the Cowboys. He also put the game away with a one-yard touchdown run late in the final stanza. It could not have come at a better time with Dallas in desperation mode and looking to find something sustainable on offense.

Let’s circle back to the entire decision not to shadow Bryant with Norman. It may seem like we’re a broken record here, but this could have cost the Redskins the game and a chance to remain somewhat alive in the NFC Playoff race.

It became pretty apparent late in the second quarter that Bryant had found that long-awaited connection with Dak Prescott. Why not switch up the scheme and decide to shadow him with your best player? We’re not sure whether the decision was ultimately on defensive coordinator Greg Manusky, but Jay Gruden is the head coach here. If we could see Breeland’s struggles coming a mile away from home, what in the world were the Skins missing here?

After struggling through the past four games with a grand total of one sack, Lawrence was back up to his old tricks Thursday night. Taking advantage of injuries on the Redskins’ offensive line, Lawrence put up two sacks and two quarterback hits on Kirk Cousins.

It was a dominating all-around performance from a player that had racked up 10.5 sacks in seven games prior to his recent struggles. And the Cowboys needed it big time.

We’re aware of the fact that Cousins continues to play with a makeshift offense now that Jordan Reed, Chris Thompson and Terrelle Pryor are all injured. That obviously played a role in his struggles Thursday night.

Then again, Cousins is the captain of this offense. When it clicks, he gets the praise. When it struggles, he will be called out. Here, it’s the latter. Cousins completed 26-of-37 passes for 251 yards. Not bad numbers right there. Unfortunately, he was also mistake prone. Including the first pick, which wasn’t his fault, Cousins turned the ball over three times and almost lost another fumble in the 24-point defeat. That’s not good for anyone in D.C.