The Oakland Athletics are coming off yet another heart-breaking postseason exit, this time at the hands of the Kansas City Royals in an amazing extra-inning Wild Card game loss on Tuesday night.

For a team that had expectations to win the World Series throughout the vast majority of the year, the 2014 season has to be nothing less than a downright failure for the team. This is only magnified by the mid-season additions of top-tier starting pitchers Jon Lester and Jeff Samardzija.

Now forced to look to the 2015 season much sooner than they anticipated, the A’s have a lot of decisions to make during the offseason. 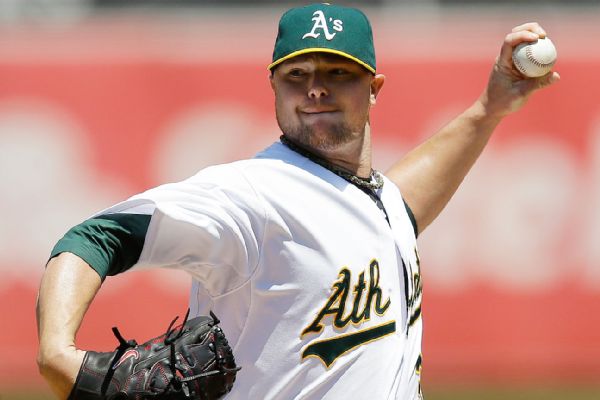 Jon Lester, Starting Pitcher: Lester is as good as gone. The small-market A’s are not in any position to pay him the $20 million-plus that he’s going to demand on the open market. This was well known when Billy Beane sent Yoenis Cespedes to the Boston Red Sox in exchange for Lester back in late July. For all intents and purposes, Lester was a two-month rental. Unfortunately for the A’s, he came up short in the biggest game of his career with the team on Tuesday.

Jed Lowrie, Shortstop: Many figured that Lowrie played himself out of the A’s market in 2013 when he hit .290 with 15 homers and 75 RBI’s. A down 2014 campaign may very well have quieted that idea, as Lowrie struggled to hit even .250 on the season. Now that the A’s moved former top prospect Addison Russell for Jeff Samardzija back in July, it’s a strong possibility that they will dole out the necessary money for Lowrie unless a bidding war occurs on the open market.

Jason Hammel, Starting Pitcher: Much like Lester, Oakland knew that it was bringing in Hammel to be nothing more than a rental player. With the returns of Jarrod Parker and A.J. Griffin from injuries that saw them miss the entire 2014 season, there really is no reason for Oakland to spend some of its limited funds on a mid-tier starting pitcher. After going 8-5 with an ERA of under three prior to his trade to Oakland, Hammel put up a 2-6 record with a 4.26 ERA in 12 starts with his new team. That’s not worth the money Hammel is likely going to get on the open market.

Adam Dunn, Designated Hitter: Dunn reported his intention to retire prior to being traded to Oakland in August. While he enjoyed his time with the team, this hasn’t changed. And to be perfectly honest, the A’s really have no reason to bring back an aging designated hitter at the price it would likely cost should Dunn decide to play another year.

Luke Gregerson, Relief Pitcher: Here is a valuable member of the team that the A’s may very well look to retain in the offseason. Gregerson put up a 2.12 ERA and a 1.01 WHIP in 72.1 innings for Oakland. The 3o-year-old reliever earned over $5 million this past season and is coming off the single-best performance of his career. It will cost the A’s if they want to retain him.

Jeff Samardzija, Starting Pitcher: Instead of paying Samardzija the money he’s going to earn after arbitration this offseason, Oakland could make the decision to move the starting pitcher. In fact, that could have been Beane’s plan the entire time. Samardzija put up a 2.99 ERA and tallied 219.2 innings between the Cubs and A’s this season. As evidenced by what Oakland yielded for his services, the value is most definitely going to be there should they decide to trade him. In terms of the A’s rotation, they still have Sonny Gray, Jarrod Parker, A.J. Griffin, Scott Kazmir and Drew Pomeranz under contract. That’s a pretty darn good starting five in and of itself.

Derek Norris, Catcher: It might not make a lot of sense to trade an All-Star catcher who has a good relationship with his pitchers. But Norris’ value will end up diminishing, if it hasn’t already, due to the fact that he’s a major liability from a defensive standpoint behind the plate. The young catcher is a darn good hitter, which could very well entice some clubs to offer up a nice return. John Jaso and Stephen Vogt are still under contract. That may make Norris expendable. 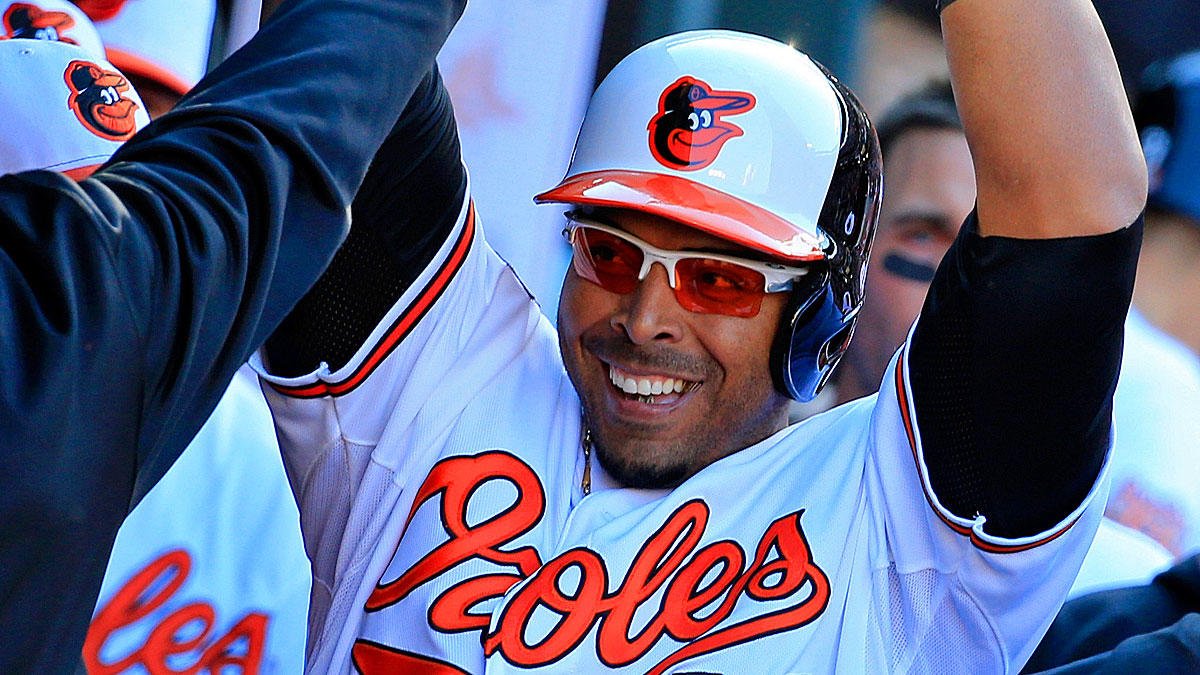 Courtesy of USA Today: Cruz could be an option, depending on his market value.

Nelson Cruz, Outfielder: The A’s were one of the finalists to land Cruz’s services last offseason. And now with Cespedes’ contract off the books, they are likely going to be willing to spend some money on a power-hitting outfielder this winter. Cruz led the Majors with 40 homers during the regular year and drove in 108 runs. This could very well indicate that he will be out of the A’s market. But if they are able to pony up a few million more than what they were willing to pay Cespedes on a shorter-term deal, Cruz could be an option.

Brandon McCarthy, Starting Pitcher: Should Oakland move one of its starting pitchers in search for help at the plate, expect it to go after a veteran replacement. McCarthy enjoyed his time with the A’s and performed extremely well after being dealt from the Arizona Diamondbacks to the Yankees midseason. He fits that bottom of the rotation veteran and likely won’t demand that Oakland breaks the bank for his services.

Hanley Ramirez, Shortstop: Ramirez will likely demand more money than Lowrie on the open market, but it’s simply because he’s a better player. And to be clear, that’s an upgrade the A’s might look for come winter. It’s the idea of spending a couple million more per season to find an offensive upgrade and someone that can hit near the top of the lineup. 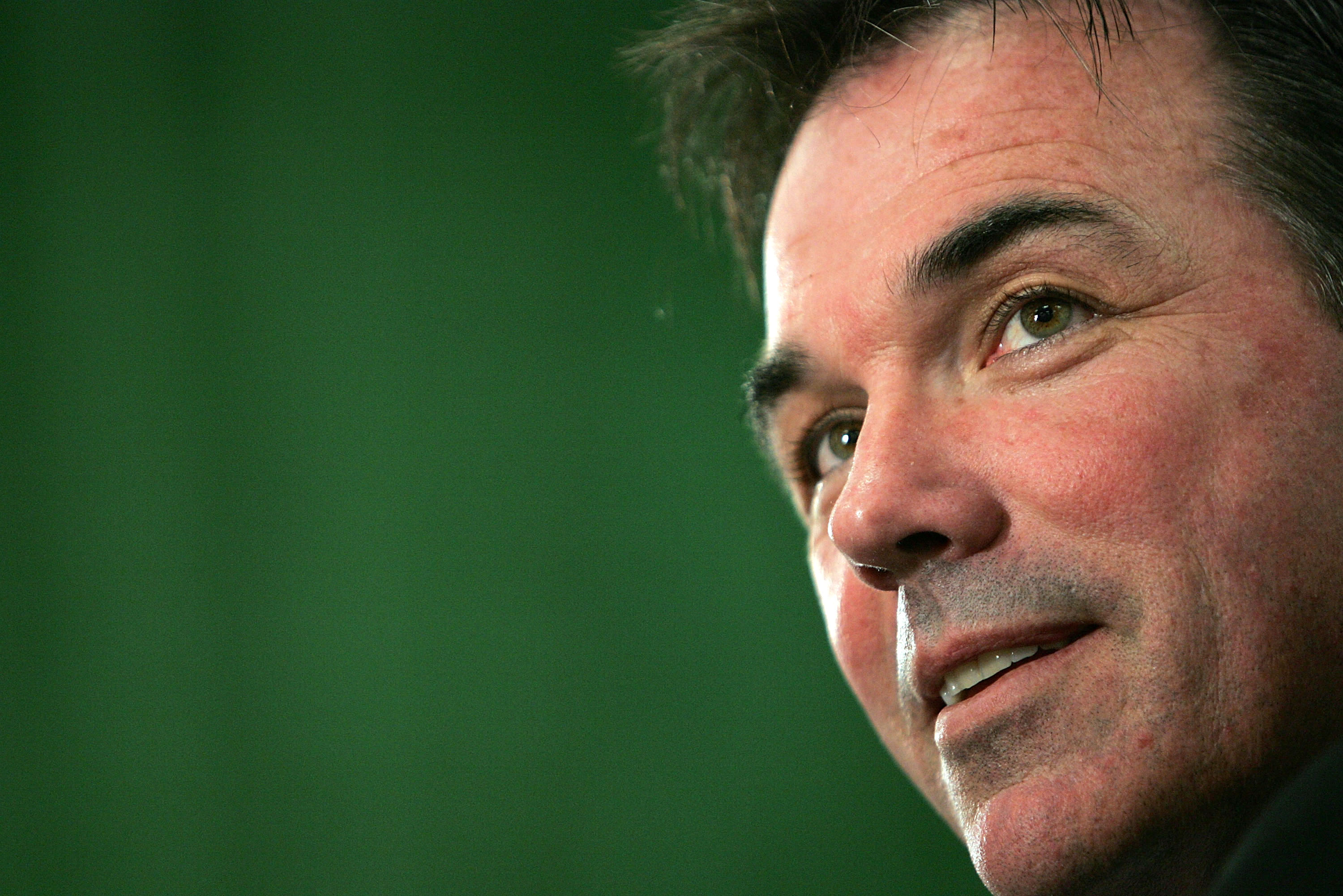 Courtesy of CSN Bay Area: Like always, Beane has some decisions to make.

It is possible that Beane blows it up after this latest postseason failure. He did this by trading Mark Mulder and Tim Hudson years ago and followed that up by dealing Gio Gonzalez and Trevor Cahill during the A’s last string of playoff appearances. This wouldn’t include trading the likes of Sonny Gray and Josh Donaldson.

Rather, it’s a process that could help Oakland content long term, build up a farm system and still remain competitive in 2014.

The names that could be moved include: Jeff Samardzija, Derek Norris, Coco Crisp, Scott Kazmir and Ryan Cook, among others. Interestingly enough, Oakland has potential in-house replacements for these players.

If that doesn’t happen, the A’s will look to upgrade at a few positions with the money they have. They’re going to need to find another power hitter in the outfield, someone to potentially replace Jed Lowrie at shortstop and a possible upgrade at second base. These needs are magnified should Oakland move one of its starters or another position player.

Either way you look at it, this winter is going to be pretty darn busy for Beane and Co. Don’t expect them to stand pat with the players under contract and attempt another run at the division. Instead, it’s going to be about acquiring the necessary pieces to contend in 2015 or trading away valuable players with an eye on the future.