Will Levis, No. 9 Kentucky too strong for Youngstown State 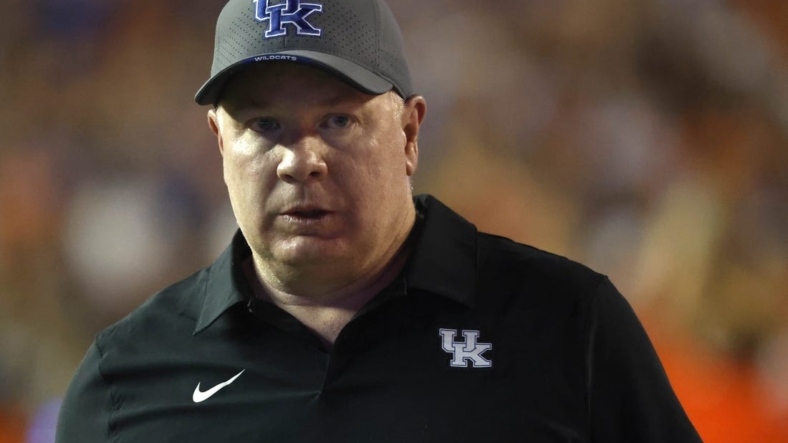 Will Levis threw for two touchdowns and ran for another as No. 9 Kentucky posted its first shutout in 13 years with a 31-0 victory over visiting Youngstown State on Saturday in Lexington, Ky.

Dane Key had six receptions for 90 yards and a touchdown for Kentucky (3-0), while Tayvion Robinson made six catches for 66 yards. Kavosiey Smoke rushed for 60 yards and a score on 18 carries.

Demeatric Crenshaw completed just 7 of 21 passes for 120 yards and an interception for the overmatched Penguins (2-1).

After mustering just one first down and 54 yards in the first 30 minutes, the Penguins finished the game with 192 total yards compared to 480 for Kentucky. Youngstown State finished 0-for-10 on third-down conversions.

The Penguins’ best chance to score came midway into the third quarter. They drove to the 2-yard line before Crenshaw was intercepted in the end zone by Carrington Valentine.

The Wildcats doubled their lead on their next possession. Levis punctuated an eight-play, 77-yard drive with a 3-yard scoring strike from Levis to Key with 6:10 left in the second quarter.

The Wildcats took a commanding lead on their final drive of the first half. Levis needed just 94 seconds to march 71 yards in nine plays for a 21-0 advantage when he threw a 2-yard touchdown pass to Chris Lewis with just 20 seconds before halftime.

Kentucky pushed the lead to 28-0 on Smoke’s 7-yard touchdown run with 8:36 left in the third quarter.