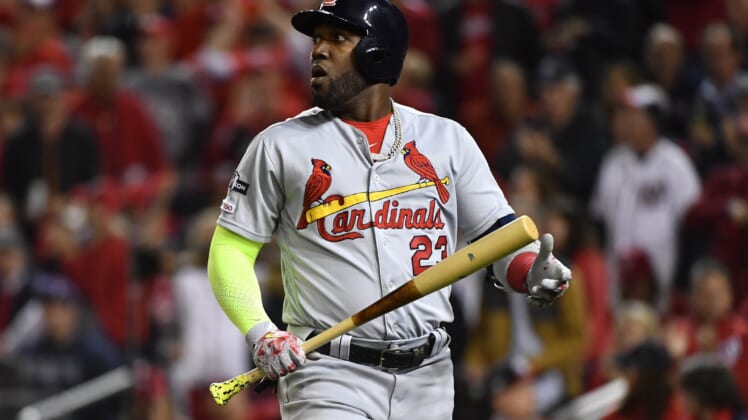 The Chicago White Sox came into the offseason looking to make a flurry of moves to become a 2020 contender. Now, the club could be on the verge of signing All-Star outfielder Marcell Ozuna.

According to Frank Castillo, a sports reporter in the Dominican Republic, Ozuna is flying to the U.S. to sign with the White Sox and the deal will be announced on Monday.

It would be another big move for a team that already signed All-Star catcher Yasmani Grandal and brought back first baseman José Abreu.

The White Sox would be hoping that there’s potentially even more upside in Ozuna’s bat. According to MLB.com’s Mike Petriello, Ozuna ranked in the 95th percentile in hard-hit rate (49.2%) and in the top-25 for quality-of-contact metrics since 2018.

Ozuna has primarily played left field in his career, though, he has made 65 appearances in right field. Given the White Sox will likely want to keep Jimenez in left field, Ozuna will likely shift to right. Injuries have reduced the former Gold Glove recipient into a below-average defender, but the White Sox would be counting on him much more for his bat.

For the latest news and analysis on news and rumors surrounding the White Sox, read here.