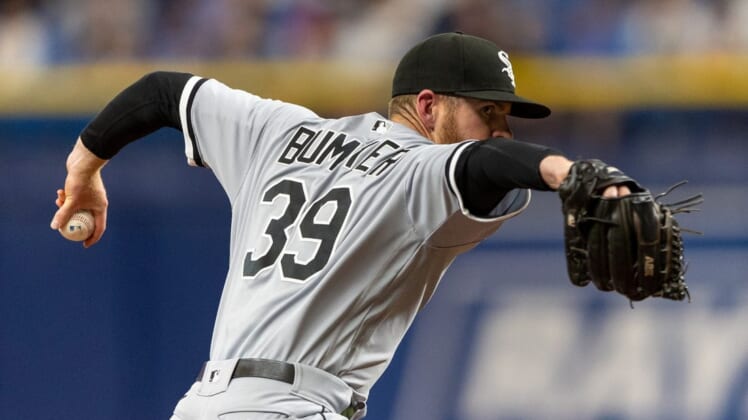 It was one of five moves made Sunday by the White Sox, who also optioned right-hander Davis Martin to Triple-A Charlotte, recalled left-hander Tanner Banks and catcher Seby Zavala from Charlotte, and designated early 2021 sensation Yermin Mercedes for assignment.

Martin, 25, made his major league debut on May 17 and appeared in three games (two starts) for Chicago, posting an 0-2 record and 4.11 ERA. He started Friday night’s game against the Texas Rangers but didn’t get a decision in the 8-3 White Sox win. He allowed two runs on three hits — including two solo home runs — in five innings.

Zavala, 28, appeared in 37 games in 2021 for the White Sox, batting .183, and is hitting .282 with eight home runs and 16 RBIs in 41 games with Charlotte. His recall could signal that catcher Yasmani Grandal isn’t 100 percent. Grandal left Saturday’s game against the Texas Rangers with left hamstring tightness, and the team said he would undergo further evaluation.

Mercedes, 29, started the 2021 season as Chicago’s designated hitter and took the American League by storm in April, when he hit .415 with five home runs and 16 RBIs. But when he hit .221 in May and .159 in June, the White Sox optioned him to Charlotte on July 2.

The White Sox conclude their three-game series with the Rangers on Sunday in Chicago.