White Sox pull out victory over Twins in 9th 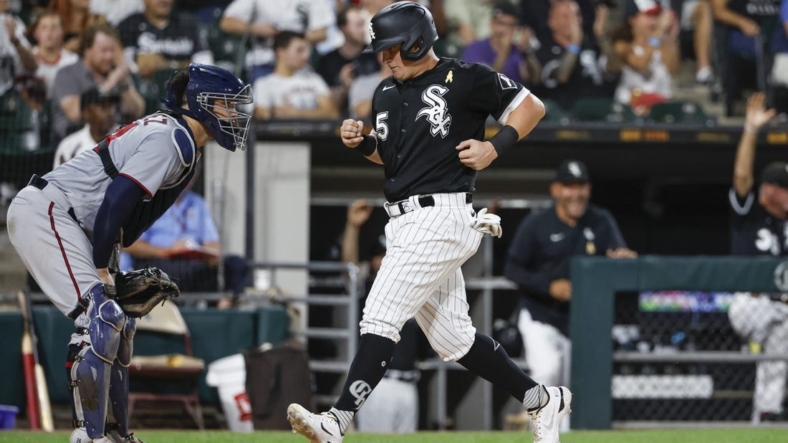 Jose Abreu drove home the winning run on a force out with the bases loaded in the ninth inning and Yasmani Grandal homered to boost the host Chicago White Sox to a 3-2 win against the Minnesota Twins on Friday night.

Chicago won its third in a row to pull within three games of American League Central division-Cleveland while moving two games behind Minnesota.

Abreu appeared to win the game moments before, but a call initially ruled Jorge Lopez hit-by-pitch was overturned on a Minnesota challenge.

Both benches cleared briefly before that after Lopez hit Andrew Vaughn with a pitch to load the bases. White Sox acting manager Miguel Cairo was ejected.

Chicago used right-handed reliever Joe Kelly as an opener for the game, a decision that proved shaky as the veteran allowed the first two Twins hitters to reach base. Gordon made the White Sox pay with a two-run double to right field before Kelly stranded men at second and third with one out.

The White Sox tied the game in the fourth behind an RBI single from Grandal and a Sonny Gray hit-by-pitch that plunked Josh Harrison and forced Grandal home to score.

Gray allowed two runs and five hits in four innings with one walk and two strikeouts. He exited the game with right hamstring tightness.

Minnesota took a 3-2 lead in the eighth on a Gordon RBI groundout. The White Sox responded in the bottom half, as Grandal blasted a solo home run.

Liam Hendriks (3-3) was the winner, allowing one hit in a scoreless ninth. Lopez fell to 4-7 with the loss, allowing a run and two hits in 2/3 of an inning.

Cairo, the White Sox bench coach, filled in for manager Tony La Russa for the fourth straight game. La Russa, 77, is undergoing medical testing in Arizona. Cairo said he spoke with La Russa, but the team has not offered a timetable for the manager’s return.