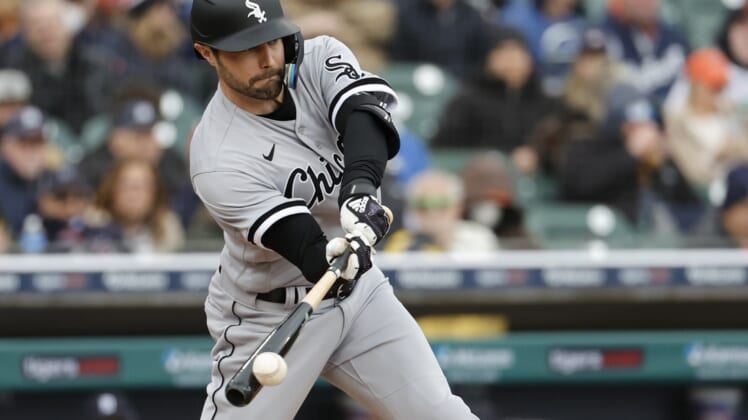 Pollock felt pain in the hamstring after hitting a single in the third inning. He grabbed the back of the leg and Andrew Vaughn came in to replace him.

The White Sox said during the contest that Pollock will undergo further evaluation.

Pollock went 1-for-2 on Saturday and is 4-for-7 in his first two games with Chicago. He was acquired from the Los Angeles Dodgers on April 1 in a trade for closer Craig Kimbrel.

Pollock was slated to be placed on the paternity list after Sunday’s game. He already was expected to miss Tuesday’s home opener against the Seattle Mariners.

The 34-year-old Pollock is in his 11th big league season. He matched his career high of 21 homers for the Dodgers last season, while batting .297 with 69 RBIs in 117 games.