Reasonable expectations for the Golden State Warriors in 2021: Will they make the NBA Playoffs? 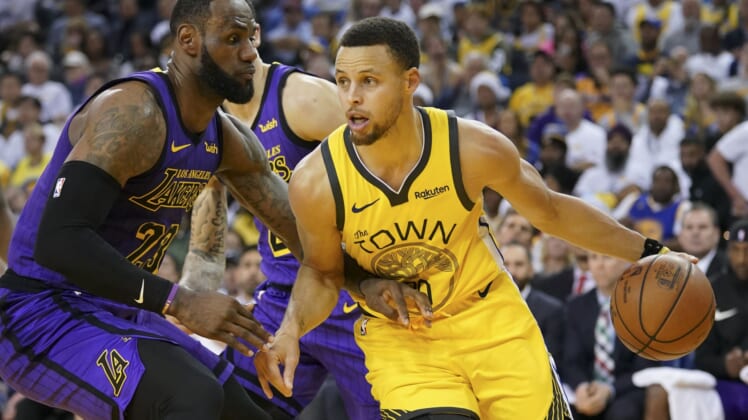 The Golden State Warriors dynasty was one of the most impressive in recent history: the franchise won three championships in five years. Now after 2019, the Warriors are left to pick up the pieces.

Who will be the Warriors’ starting lineup?

To put it simply, 2020 was just not the Warriors’ year. After losing Klay Thompson to a torn ACL, Kevin Durant to free agency and trading away Andre Iguodala, this years’ squad was the weakest version of the Warriors. That’s before Stephen Curry broke his hand and Draymond Green was sidelined with a myriad of injuries.

But with a longer-than-usual break because of COVID-19 and having the worst record in the NBA, the Warriors can fully recover. With a full offseason and training camp, expect the starting lineup to look something like this:

Lee and Wiggins are interchangeable at the shooting guard and small forward position. Whichever direction the Warriors go, they should get solid contribution for either player.

What will the Warriors do with Klay Thompson?

One fundamental piece to the puzzle is Thompson. As he works his way back from an 18-month hiatus, it’s easy to see Thompson coming off the bench exclusively in 2021 as the Sixth Man. That said, if he performs well and above expectations, we could see Warriors head coach Steve Kerr slide Thompson back in the starting lineup.

That would move Lee back to the bench as the Sixth Man and potentially Wiggins’ back-up. Rounding up the rest of the bench are guards Ky Bowman and Jordan Poole as well as the aforementioned Paschall and Chriss at the frontcourt.

Will Golden State be competing for a playoff position in 2021?

With all the talk of the players returning from injury, something to consider is the Warriors adding a top draft pick to the fold. Because of how bad the Warriors were, they have the best chance of getting a top-3 pick in 2020. They could choose Anthony Edwards, LaMelo Ball, James Wiseman, Onyeka Okongwu or Isaac Okoro.

Regardless, the player picked should help the Warriors compete for a playoff spot in 2021. A healthy Warriors lineup should overtake any team playoff-contending team.

NBA teams the Warriors can beat

Of the teams listed, the Mavericks and the Thunder are the most likely to give the Warriors trouble. With the Warriors’ experience, it’s possible for them to easily beat the aforementioned teams on their way back to the playoffs.

The bottom line: Expect the Warriors to be back in the playoffs

The return of a healthy core of Curry, Thompson and Green is going to cause problems. Add an aggressive Wiggins, a strong bench and a high draft pick and the Warriors could challenge for a top-four seed.

At worst, the Warriors could be anywhere between the fifth and eighth seed. Nevertheless, the Warriors will be back in the playoffs in 2021.