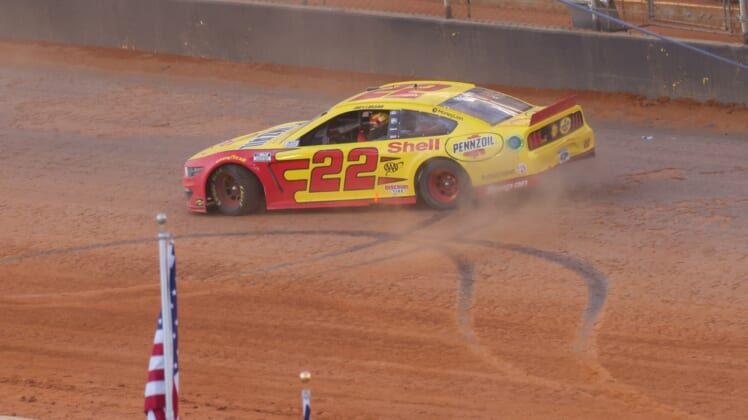 Among the many changes affecting the second Food City Dirt Race at the Bristol Motor Speedway Dirt Track, the move from day to night for the race is perhaps the most significant.

The sentiment toward the move has been universally positive. Drivers are anticipating a more traditional dirt race when they take to the half-mile track on Sunday night (7 p.m. ET on FOX, PRN and SiriusXM NASCAR Radio).

“I think it’s a great thing moving this event to night,” said 2020 NASCAR Cup Series champion Chase Elliott, who started 26th and finished 10th last year in the premier division’s first dirt race since 1970. “I think it’s going to help a lot with the issues we had, keeping some moisture in the track, hopefully, and then obviously keeping the dust down.

“I think everything we learned last year has been a great tool of how to go about it this season. It seems like we’re doing all the right things, and hopefully it will be a good show. I think it has a lot of potential.”

The transition to a night race isn’t the only major difference. Drivers and crew chiefs will have to adapt to the new Next Gen race car, which was introduced into NASCAR’s top series this year.

“We’re going to try a blend of last year’s car and the Next Gen car,” said Rudy Fugle, crew chief for William Byron, the only two-time winner in the Cup series so far this season. “We have some notes from the NASCAR test they did last week.

“The difference with dirt racing, though, is how fast the track conditions change. They change just about every lap.”

In addition, the track construction itself is different from that used for last year’s inaugural race.

Joey Logano, a driver with severely limited experience on dirt, was the surprise winner of last year’s race. Theoretically, a night race will help the track retain moisture and is more likely to favor such drivers as Christopher Bell and Kyle Larson, who grew up racing dirt cars and continue to maintain a strong presence in that discipline.

Larson and Bell were racing near the front of the field last year when they collided on Lap 53 of 253, leading to finishes of 29th and 34th, respectively.

The starting order for the Food City Dirt Race will be set during a series of four 15-lap qualifying races on Saturday. The Cup event, scheduled for 250 laps, will be the first held on Easter Sunday since Rusty Wallace won at Richmond in 1989 in a race postponed from February because of snow.

The 2021 USAC National Midget Champion will race for the first time in one of NASCAR’s national series when he takes the green flag for Saturday night’s Pinty’s Truck Race on Dirt (8 p.m. ET on FS1, MRN and SiriusXM NASCAR Radio).

Kofoid will be driving the No. 51 Kyle Busch Motorsports Toyota that carried Martin Truex Jr. to victory in last year’s race. Crew chief Mardy Lindley will defend the win he engineered for Truex, who isn’t competing in the Truck Series event this year.

Kofoid also has some worthy potential advisers — including one of his teammates in midget racing at Keith Kunz Motorsports.

“Definitely, the main person that I’ve talked to is Christopher Bell,” Kofoid said. “I’ve gotten to know him a little bit better these last couple of years, and I’ve hung out with him before and raced alongside of him as a teammate in the midgets.

“Got to know him pretty well, and hopefully he can help me out a little bit this weekend. He didn’t really give me advice yet — there are also some other people I want to talk to. At least for him, I’m sure we’ll talk more at the track, but it was more reaching out to see if he would be open to being an extra guy on the radio for me during the race.”

Kofoid may be the most notable newcomer, but race also will feature a quartet of Cup Series drivers doing double duty: Chase Elliott, Joey Logano, Austin Dillon and Harrison Burton.

They will all have to beat dirt modified ace and full-time Truck Series driver Stewart Friesen, who tested the Next Gen Cup car on dirt both at Lancaster (S.C.) Motor Speedway and at Bristol last week. Friesen won the last Truck race at Eldora in 2019.

Three-time series champion Matt Crafton, who fields his own dirt modified car when not racing trucks, also is a former Eldora winner (2017).