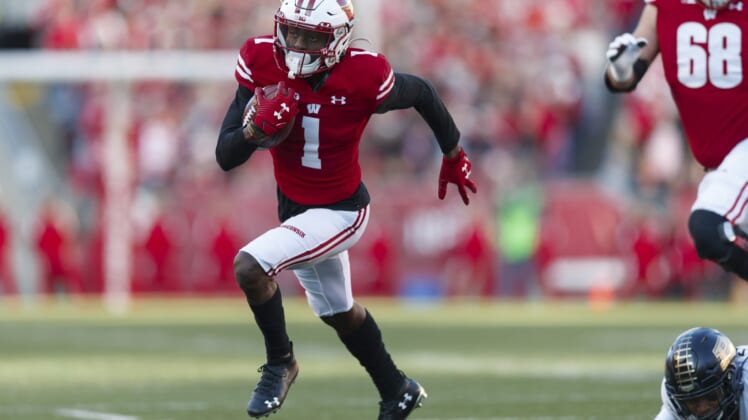 The Oregon Ducks were feeling confident early in the Rose Bowl after scoring on the game’s opening drive. Wisconsin Badgers receiver Aron Cruickshank quickly took that away, roasting the Ducks on an incredible 95-yard kickoff return touchdown.

Cruickshank hauled in the kick at the five-yard line and patiently navigated through his blocks to find a hole. Once he saw the open field, the sophomore hit the jets and scorched Oregon’s special-teams unit down the sideline for the game-tying touchdown.

Just moments after ESPN’s announcers mentioned the dangers of Cruickshank’s speed, he put it on display in the Rose Bowl and left a trail of roasted Ducks behind him. After falling behind early, Wisconsin immediately answered with its own score and this game is quickly shaping up to be a great one.