WATCH: Wazzu pick-six wiped off board due to taunting 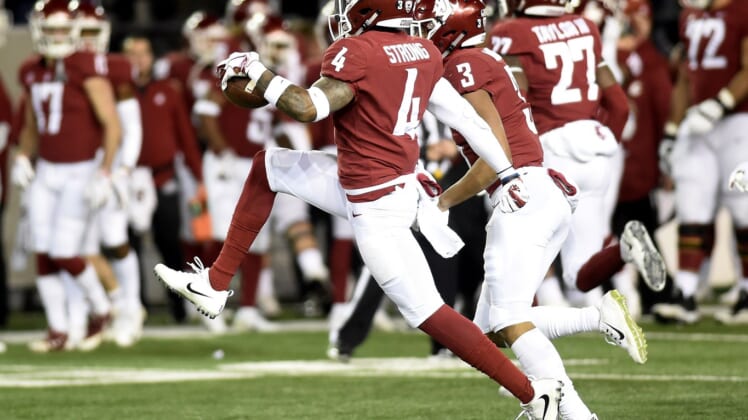 Marcus Strong did everything right. He read the play, jumped the route and picked off Brock Purdy with nothing but green grass in front of him.

Then he committed a big NCAA no-no, doing his best Deion Sanders impersonation by looking back at Iowa State players as they pursued him. The refs hit him with a taunting penalty, which ended up wiping a touchdown off the board because he did it while still in the field of play.

Marcus Strong’s pick six was called back because of taunting. For this.

HOW DARE HE HAVE FUN! pic.twitter.com/FqfUeCDVEH

If there’s one thing the NCAA cannot tolerate (aside from players making any money at all off their efforts), it’s players having fun at the expense of anyone else.

Thankfully for Strong, fashion icon Gardner Minshew and receiver Renard Bell made up for the mistake a few plays later on a touchdown pass.