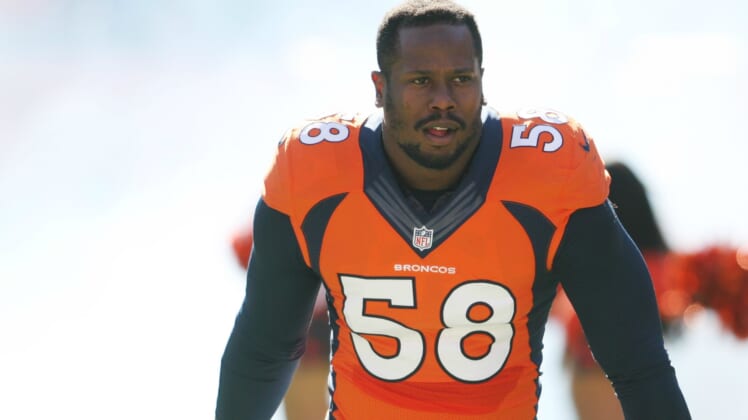 The game is still young, but Tom Brady and the New England Patriots’ offense has been ice cold through the opening part of the AFC Championship Game against the Denver Broncos. The Broncos gave New England a gift with a turnover deep in their own territory, but thanks to a great play from Von Miller, Brady and the Patriots responded in kind.

Denver took full advantage of the short field when Peyton Manning found Owen Daniels in the end zone three plays later. Early in the second quarter, the Broncos lead the Pats 14-6. Both Denver touchdowns have been strikes from Manning to Daniels.