WATCH: This Ryan Shazier video will make you cry 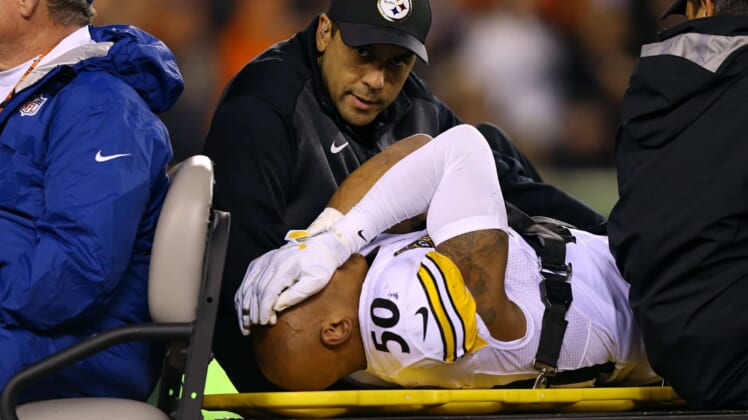 The Pittsburgh Steelers are playing for much more than a trip to the AFC Championship Game Sunday against the Jacksonville Jaguars. They’re playing for a man in Ryan Shazier who is dealing with the biggest obstacle of his life.

The Pro Bowl linebacker suffered a spine injury in a Week 13 game against the Cincinnati Bengals and has been working his tail off to overcome recent spine stabilization surgery.

Despite the serious extent of his injury, Shazier has been a fixture around the Steelers in recent weeks. And now, the team is paying its respects to the linebacker. It comes prior to Pittsburgh AFC Divisional Playoff game against Jacksonville on Sunday. And it’s goosebump worthy.

It’s readily apparent that Pittsburgh has used Shazier as a source of inspiration since he went down to injury back in December. And while he will be missed on the field, look for the Steelers’ defense to use him as a rallying cry against Jacksonville.

As for Shazier, he appears to be headed in the right direction. That’s most definitely a positive.