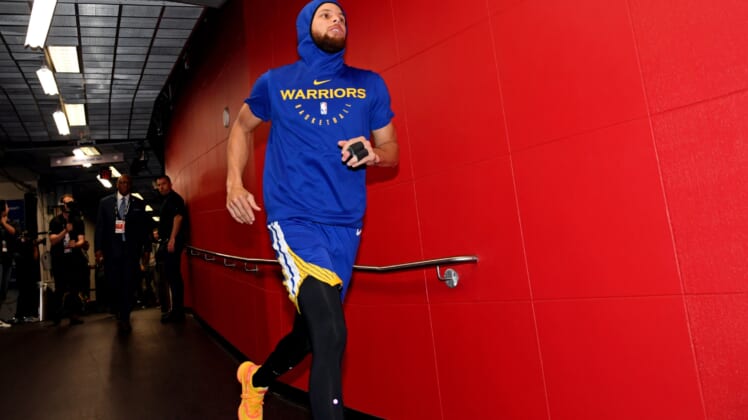 The Golden State Warriors knew they needed Stephen Curry to step up in Game 3 of the NBA Finals against the Toronto Raptors.

Both Kevin Durant (calf) and Klay Thompson (hamstring) were sidelined with the series tied at one.

Curry did whatever he could to keep the game close. The dude dropped 17 points, grabbed six rebounds and dished out three assists in the first quarter alone.

That culminated in this absurd three-pointer near the end of the opening stanza.

Even with Curry on pace for 68 points and 20-plus rebounds, Toronto found itself up seven after the first.

We’re highly intrigued to see what happens as the remainder of the game plays out in Oakland.