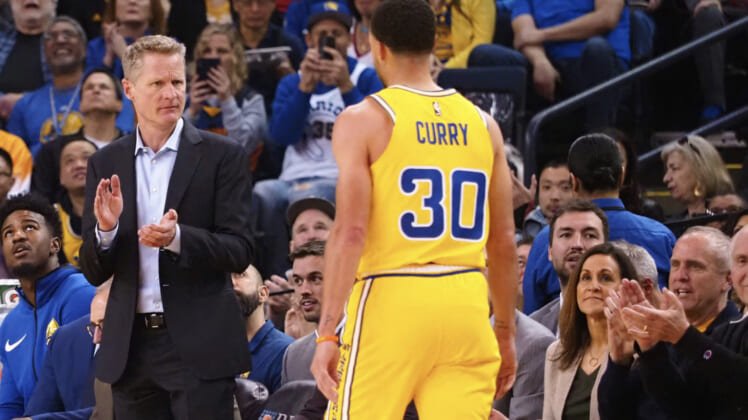 Golden State Warriors star Stephen Curry was pretty much the only member of his team to generate offense in the first quarter Thursday night.

Taking on the Toronto Raptors in Game 1 of the Finals, Curry hit three triples in the first quarter alone. In the process, he became the first player in NBA Finals history with 100-plus career three-pointers.

Six NBA Finals victories for Michael Jordan. Eight consecutive trips for LeBron James. Larry Bird. Kobe Bryant. None of them reached this plateau in their careers.

We fully understand that it’s a completely different game. The three-pointer is prevalent in today’s NBA. But it’s Curry who pretty much changed the game himself. This stat is indicative of that.