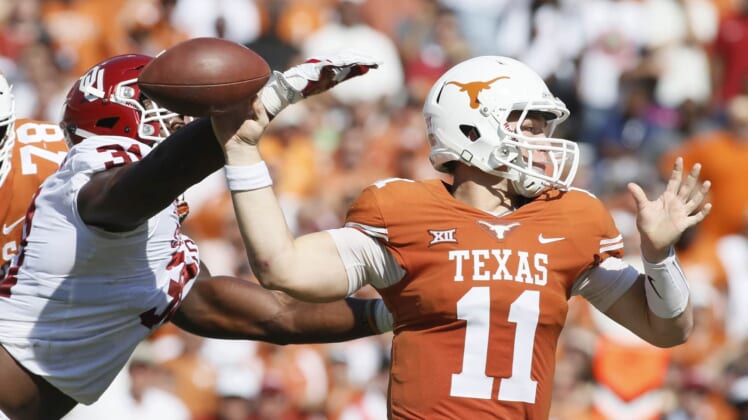 After owning the Oklahoma Sooners with two scores on the ground in the first half, Texas Longhorns quarterback Sam Ehlinger is now attacking them through the air and it led to one of the best passes of the year.

Midway through the second quarter with Texas desperately in need of a big play, Ehlinger stood in the pocket and unleashed a dime right into the corner of the end zone placed in the perfect spot for wide receiver Collin Johnson.

Ehlinger’s throw couldn’t have been placed any better as it just cleared cornerback Tre Brown’s outstretched hand and fit right into Johnson’s waiting gloves. Johnson then got a foot down to cap off the unbelievable throw with a sensational grab.

After going years without a reliable quarterback who could lead this team to prominence and make big plays, Texas finally has its star quarterback once again. Capable of beating teams with his rocket arm and mobility, the Longhorns are back with Ehlinger at quarterback.