WATCH: Saints pull off ballsy fake punt from their own 30-yard line 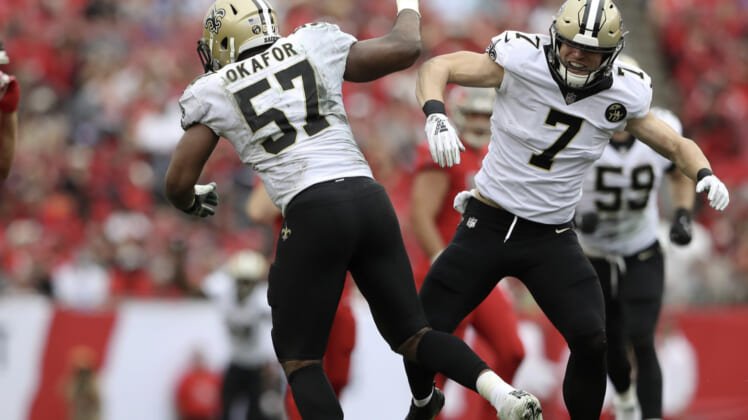 Down by 14 points early in the second quarter, New Orleans Saints head coach Sean Payton rolled the dice with a fake punt to spark his team.

Thankfully for him, it worked.

Do-it-all quarterback Taysom Hill took the short snap and rushed up the middle, picking up the yardage required to extend the drive.

#Saints fake punting in the playoffspic.twitter.com/RmhRqc4kvi

It was a very risky call because if they had not converted the Philadelphia Eagles would have gotten the ball in scoring range. No guts, no glory.

This play came on the heels of a tremendous interception by Marshon Lattimore, who got some air time picking off Nick Foles. Even better, it led to New Orleans’ first touchdown of the game a few minutes later as the Saints clawed back in it and pulled to within one score, 14-7.