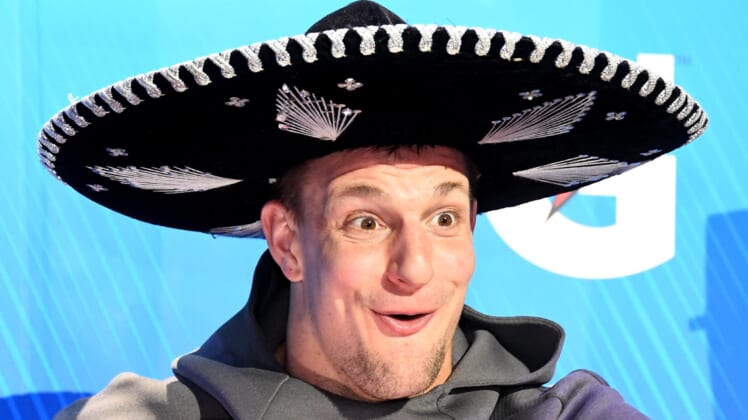 Rob Gronkowski made a lasting impression on the New England Patriots, their fans and the NFL as a whole during his NFL career. And as it turns out, the team’s sixth Lombardi Trophy also felt Gronk’s special touch and will forever hold that memory for all to see.

The Patriots released a video on Wednesday. It shows how Gronkowski left a baseball-sized dent in the actual Lombardi Trophy while goofing around last week as the team celebrated its and the Boston Red Sox’s championships at Fenway Park.

You’re going to want to sit down for this, Patriots fans.

Honestly, I’m at a complete loss for words, other than to say that Gronk is truly one of a kind and that only he could have gotten away with something like this.