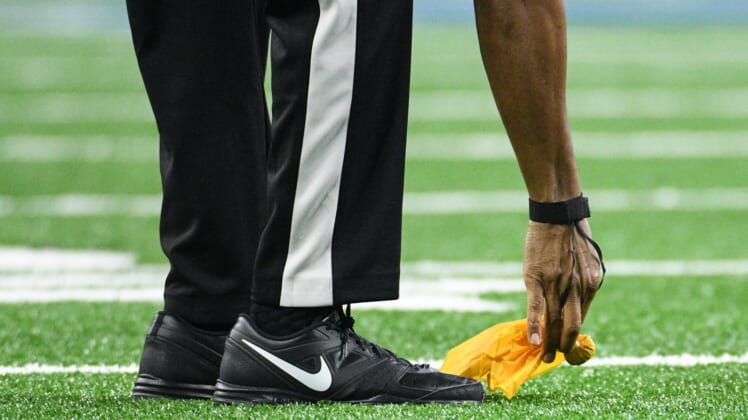 Minnesota was up by 12 points with under four minutes remaining when Penn State should have been hit with a delay of game penalty in the red zone. Instead, the refs completely missed the obvious infraction, allowing the Nittany Lions to score a free touchdown.

This is maddening. This play was run seconds after the clock struck zeroes. How the refs missed such an obvious delay of game is something that demands an explanation.

Now, we’re not saying Penn State wouldn’t have scored, but a delay of game penalty would have pushed the offense back five yards and created a completely different scenario on a key third down late in the game.