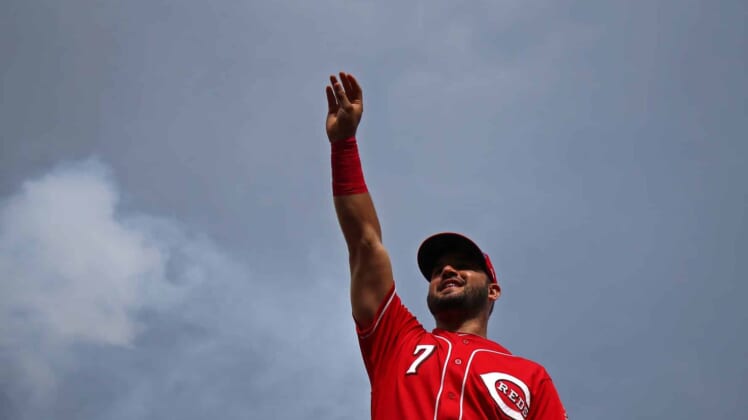 The Cincinnati Reds are finishing up what has been another lost season for the long downtrodden franchise.

Though, there’s been one bright spot. It comes in the form of 28-year-old All-Star third baseman Eugenio Suarez. The Venezuela native just hit his 49th homer of the season.

This broke Mike Schmidt’s National League record for homers by a third baseman in single-season history. That’s one heck of a name to be compared to.

It’s simply amazing what Suarez has done this season. The veteran entered the 2019 campaign with a career-best 34 homers last season. He’s now one jack away from hitting the 50 home run plateau.

Alex Rodriguez holds the Major League Baseball record for homers from this position with 52. There’s an off-chance Suarez could meet that before the end of the regular season on Sunday.