Paul George finished with 32 points, six rebounds and eight assists, and the Los Angeles Clippers held on for a 126-115 win over the host Minnesota Timberwolves on Wednesday night in Minneapolis.

Reggie Jackson added 29 points and eight assists for Los Angeles, which earned back-to-back victories for the first time this season. Nicolas Batum scored 20 points on 7-for-10 shooting, including 6 of 8 from beyond the arc.

Anthony Edwards led Minnesota with 28 points and six assists. Karl-Anthony Towns registered a double-double with 18 points and 11 assists, and Patrick Beverley did the same with 10 points and 10 rebounds.

The Timberwolves closed the gap to 118-113 on a driving layup by Edwards with 3:19 remaining. The Clippers answered with 3-pointers by Batum and Jackson to increase their lead to 124-113 with 1:31 left.

Los Angeles opened a 103-88 lead entering the fourth quarter. The Clippers scored 45 points during the third quarter, which was punctuated by a 3-pointer by Luke Kennard from the left wing. Terance Mann pushed the ball up the court and found Kennard for an open look in transition.

The 15-point deficit marked an ugly swoon for Minnesota, which led 70-68 with 8:39 remaining in the third quarter before being outscored 35-18 for the rest of the period. 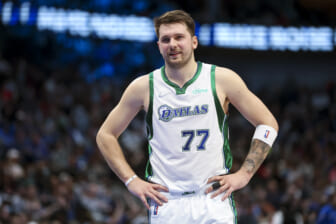 Minnesota inched to a five-point lead late in the first quarter after Towns buried a 3-pointer off an assist from Beverley. But the Clippers closed the quarter on a 9-0 run that included a 3-pointer from Jackson and two-point buckets from Justise Winslow, Kennard and Mann.

The Timberwolves stayed close in the second quarter, pulling within 48-46 on a driving layup by Beverley with 3:16 to play. Los Angeles followed with a 10-0 run to go ahead 58-46 before Minnesota responded with a 6-0 run to trim the deficit to four points before intermission.

Timberwolves guard D’Angelo Russell did not play because of an ankle injury. Beverley started in his place, and backup option Jordan McLaughlin contributed three points in 11 minutes off the bench.