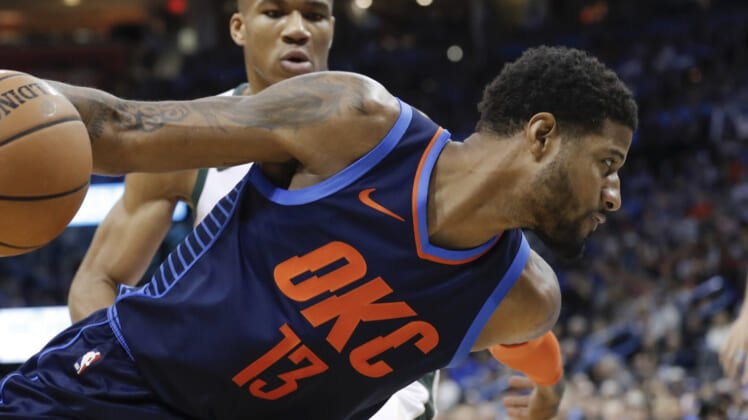 This is something we simply don’t see every day. We’re accustomed to Milwaukee Bucks star Giannis Antetokounmpo dominating his fellow competition on a nightly basis.

However, the MVP candidate and his Milwaukee Bucks were run off the court in Oklahoma City Sunday evening.

How bad was it for Giannis and Co.? Well, the Greek Freak was absolutely posterized by Thunder forward Paul George.

When you put Giannis on a poster, call it a day. #ThunderUp

This is next level ridiculous from George. Not only did he throw down that monster slam over Antetokounmpo, he made sure the Bucks’ star knew all about it.

Giannis might be used to putting others up on posters around the world. But on this one night, George got the best of him.