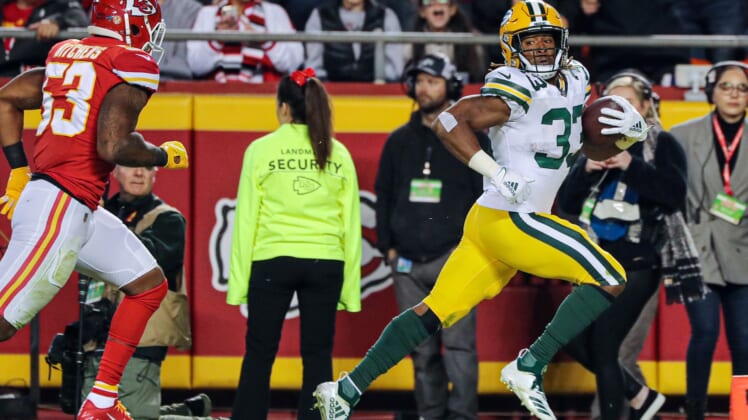 The star ball-carrier has been a force through the air all season. That came back to haunt the Chiefs as they attempted to play man coverage against Jones late in Sunday’s matchup.

Green Bay called a basic screen to Jones at about the midway mark of the fourth quarter. Kansas City was playing man coverage with linebacker Anthony Hitchens on Jones.

The end result was this beautiful 67-yard catch and run from Jones to give the Packers a 31-24 lead.

We can blame Kansas City’s defensive scheme all we want. Jones was put in a position to succeed. However, this young back continues to do it on a weekly basis. It’s insane just how much of a two-way threat the back is.

By virtue of that touchdown, Jones had already racked up 151 yards on six catches. Just tremendous stuff from the dual-threat back.