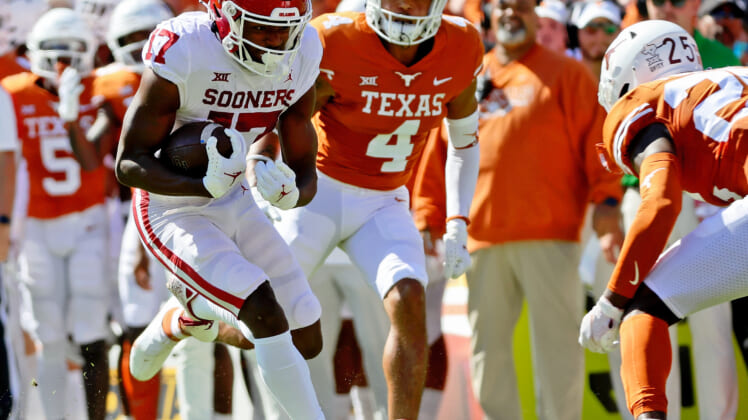 It looked like the Oklahoma Sooners would get blown out Saturday in the Red River Showdown against the Texas Longhorns, with the home team taking an early lead. It even led to Spencer Rattler being benched after a poor first-half performance. Ever since true freshman Caleb Williams came into the game, it’s been a different story in Texas.

After trailing 20-38, the Sooners have come all the way back to the tie the game thanks to this amazing grab by receiver Marvin Mims.

It was a close call in live-action as it was tough to tell for sure whether Mims got one foot down, but the pylon cam removed all doubt.

While most were expecting a shootout, it appeared to be one-sided showing early on. Thanks to Oklahoma’s late antics. we’ve got a game again.