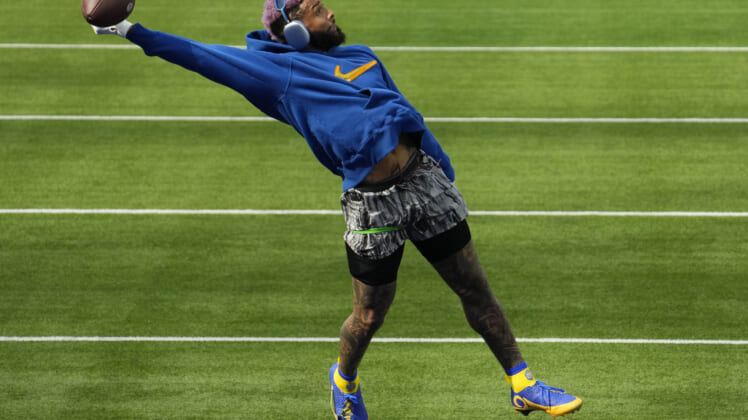 Los Angeles got the football near midfield after a fourth-down stop against the Cincinnati Bengals. Six plays later, Beckham Jr. created enough separation in the end zone and made a leaping grab over the defensive back for the first touchdown of the game.

Operating out of the slot, Beckham Jr. only needed to create a little space between himself and Bengals’ cornerback Mike Hilton. Matthew Stafford saw that small window and delivered the perfect strike, tossing it up only where OBJ could grab it mid-air.

Just months after many suggested Odell Beckham Jr’s best days might be in the rearview mirror after a rough stint in Cleveland, he is proving himself in Los Angeles and already making a case for Super Bowl MVP.