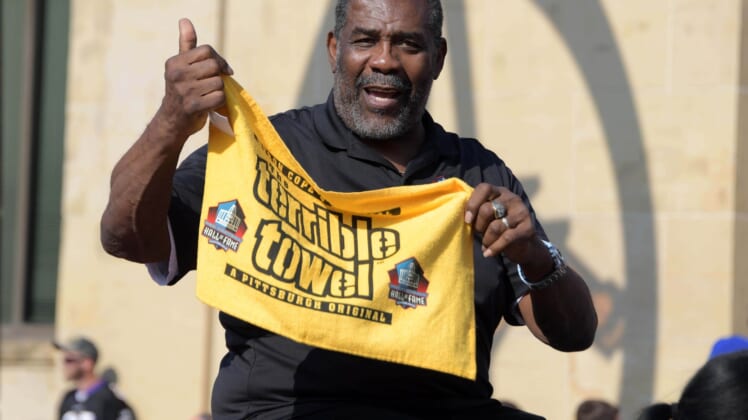 North Texas will pay homage to the greatest player in program history by unveiling a Joe Greene statue outside Apogee Stadium later this season.

Greene starred for for the Mean Green from 1966-1969, earning All-American honors before a Hall of Fame career as one of the best defensive players in NFL history with the Pittsburgh Steelers.

His nickname, “Mean Joe Greene” dates back to the legend’s days with what was then the North Texas State University Eagles. During Greene’s senior season with the team, it adopted the Mean Green moniker.

Not only will the Mean Green unveil a statue, their announcement regarding such a monumental moment in program history is about as good as it gets.

He’s the ? and the only Mean Green Football player to wear the No. 75 in the last 50 years. Until this week. For one day only, the iconic Joe Greene jersey is coming out of retirement. #GMG #UniSwag pic.twitter.com/jeaqesZ5n2

This video harkens back to potentially the greatest advertisement in sports history.

We have to give them a ton of credit here. The video itself was exceptional. Greene showed out, just like he did some four decades ago in that now-famous Coca-Cola commercial.

Not a single member of the North Texas football program has worn that No. 75 since Mr. Greene. That will change when fellow defensive end La’Darius Hamilton will be sporting the jersey in honor of the legend.