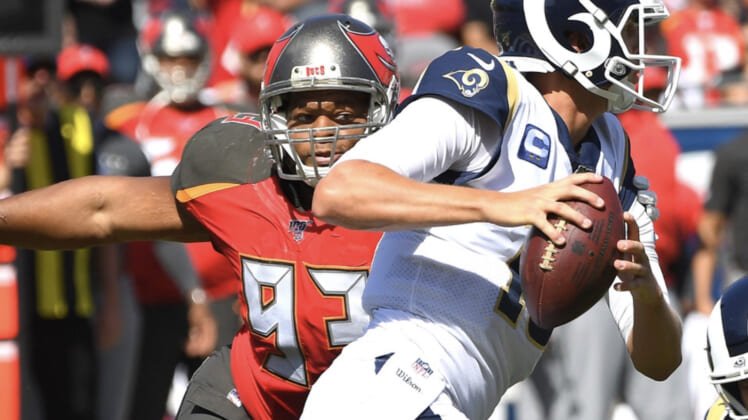 The Los Angeles Rams were driving late in Sunday’s game against the Tampa Bay Buccaneers with hopes of tying the game up at 48.

It was a hectic affair between the two NFC rivals in Southern California. But it was former Rams star defensive tackle Ndamukong Suh who got the last laugh with his team up 48-40 late in the fourth quarter.

On first-and-20 from the Buccaneers’ 46 yard line with just over one minute left, Rams quarterback Jared Goff was sacked by Shaquil Barrett. Goff lost the ball. It was scooped up by Suh, who returned it 37 yards for a touchdown to ice the game.

Did you happen to catch how fast Suh ran down the field? We have never seen a 313-pound defensive tackle streak down the field like that. Absolutely amazing stuff.

Tampa Bay took a 54-40 lead with that touchdown. It also represented a whopping ninth sack for Barrett in just four games. For Goff it was his fourth turnover of the game.