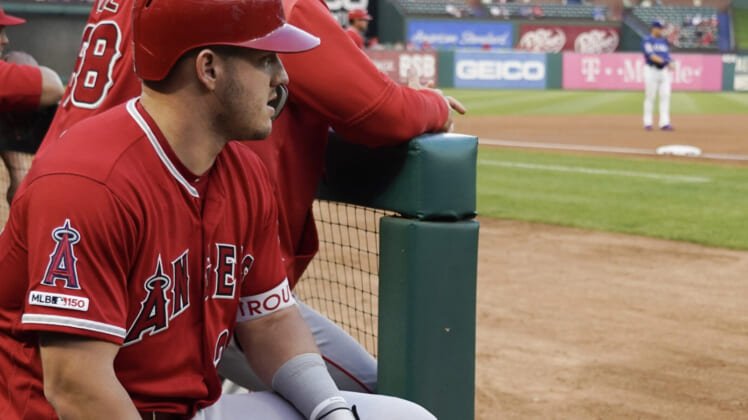 Mike Trout is usually the player leaving opponents with nothing to do but tip their caps. But on Thursday, the shoe was on the other foot.

Trout nailed a ball down the line which appeared destined to be an RBI double. But Seattle Mariners third baseman Ryon Healy made a brilliant stop and nailed Trout at first base.

Stopping the ball to keep the ball on the field (and the run from scoring) was impressive enough. As Greg Johns of MLB.com noted, the ball was hit at 102 mph off of the bat. But Healy did that and nailed Trout — one of baseball’s fastest runners — at first.