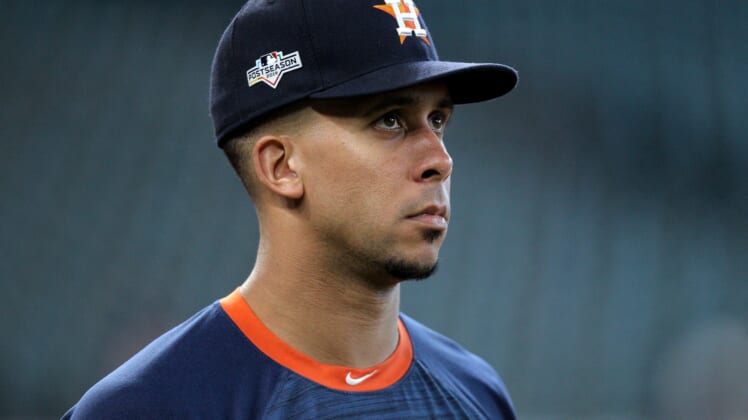 The Houston Astros were already elated with the returns after signing Michael Brantley in the offseason. The entire city is now jumping for joy after Brantley’s game-saving play that might send Houston to the World Series.

New York Yankees outfielder Aaron Hicks hit a ball into left field that seemed destined to drop by Brantley for an RBI double. Instead, Brantley made a diving catch with full extension then immediately stood up and made the throw to first base to get Aaron Judge out for the inning-ending double play.

The Yankees went from a potential moment of celebration and hopes for a comeback into total devastation. Meanwhile, Brantley’s remarkable play got the Astros out of the inning and six outs shy of the AL pennant.

If Houston holds on to win the game and the series, Brantley’s sensational defensive play will go down as one of the best in ALCS history.