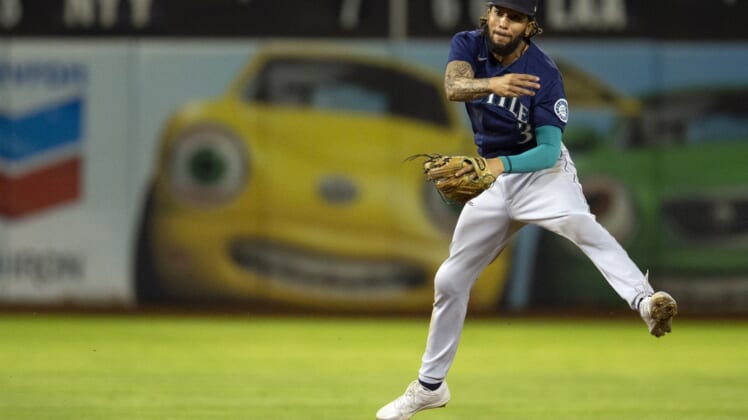 Seattle has won the first three games of the four-game series in Oakland, limiting the A’s to five runs overall. The Mariners will aim for a sweep on Thursday afternoon.

Flexen (13-6) improved to 7-1 on the road, allowing one run on three hits and two walks. The right-hander struck out eight, matching his career high, set June 15 against the Minnesota Twins.

Drew Steckenrider pitched the ninth for his 11th save.

A’s left-hander Cole Irvin (10-14) lost for the fourth time in as many starts against Seattle this year. He allowed three runs on seven hits over five-plus innings, with three walks and five strikeouts.

Seager broke a scoreless tie in the fourth inning, leading off by hitting an 0-1 pitch from Irvin over the center field wall for his 35th homer. Though he is batting a career-low .216, Seager has surpassed his previous highs in home runs (30) and RBIs (99), both set in 2016.

The Mariners added another run in the fourth as Abraham Toro singled with one out, took second on a wild pitch and scored on Tom Murphy’s two-out single to center to make it 2-0.

Seattle extended the lead to 3-0 in the fifth. With one out, France went deep to center on a 1-2 count.

Chapman led off the bottom of the inning with a homer on a 3-2 pitch from Flexen, making it 3-1.

The Mariners pushed the lead back to three runs in the seventh. France was hit by a pitch from Deolis Guerra leading off and moved to third on Seager’s one-out single off Andrew Chafin. Luis Torrens hit a sacrifice fly to deep center field for a 4-1 advantage.