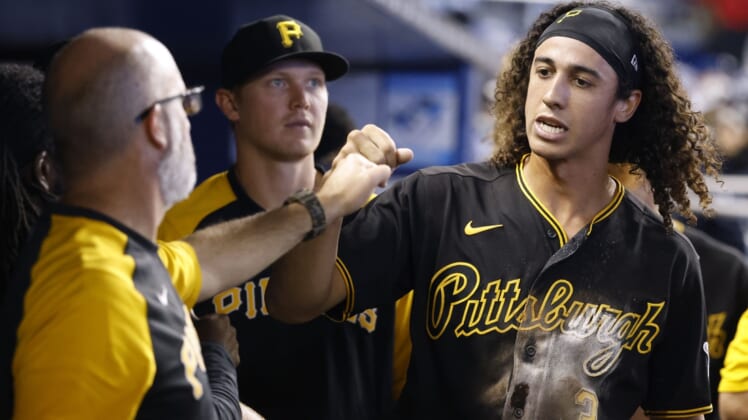 Lewin Diaz belted a two-run homer in the 10th inning to lift the host Miami Marlins to a 6-5 win over the Pittsburgh Pirates on Sunday afternoon.

Hoy Park launched a two-run homer in the top of the ninth inning for the Pirates (56-93).

The Marlins (63-86) had been down to their last strike in the bottom of the ninth. However, Bryan De La Cruz came through with an RBI single to tie the score at 4-4.

After the Pirates seized a 5-4 lead in the top of the 10th on Ben Gamel’s sacrifice fly, Diaz pulled his homer to right field off Chad Kuhl (5-7).

It was Diaz’s sixth homer of the year.

Pittsburgh had its two-game win streak snapped but still won the series. The Pirates have won four straight series for the first time this season.

Marlins starter Sandy Alcantara left with a lead but was denied what would’ve been his 10th win of the season. He received a no-decision after allowing two runs (one earned) and six hits. His two strikeouts were his second fewest this season.

Pirates starter Max Kranick also received a no-decision despite striking out six straight batters from the first to third innings. He lasted five innings, and he allowed three runs on four hits while walking four and striking out six.

Miami claimed a 2-1 lead in the fourth on a rally set up by Jesus Sanchez’s double and Diaz’s walk. Both runners scored on Joe Panik’s double.

The Marlins made it 3-1 in the fifth inning Jazz Chisholm Jr. drew a walk, raced to third on De La Cruz’s single and scored on Sanchez’s sacrifice fly.

Pittsburgh cut its deficit to 3-2 in the seventh as Tucker singled and scored on Anthony Alford’s triple. After a no-out walk to Park, Anthony Bender replaced Alcantara. Bender got out of the jam by getting Yoshi Tsutsugo on a pop fly and retiring Ke’Bryan Hayes on a double-play grounder.

Bender gave up Kevin Newman’s leadoff double in the eighth. Richard Bleier, however, cleaned up the mess by retiring the next three batters.