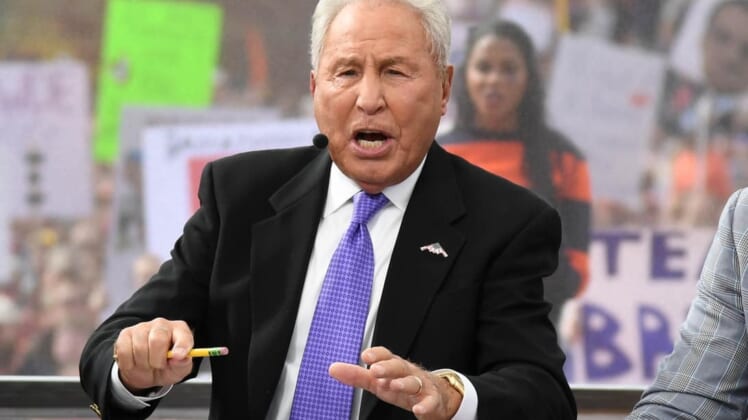 On the ESPN “College Gameday” set with Michael Irvin and the rest of the usual cast of characters, Corso broke down why he thinks the Hurricanes will win. Then, he picked the ‘Canes.

What happened next had everyone wondering what in the world was going on, as Corso put on a Gators hat, then after being corrected said he was just trying to keep everyone on their toes. Finally, he did the FSU tomahawk chop.

That’s a lot of Florida in one pick, Corso.

For what it’s worth, Corso also picked Utah to play for the championship this year.