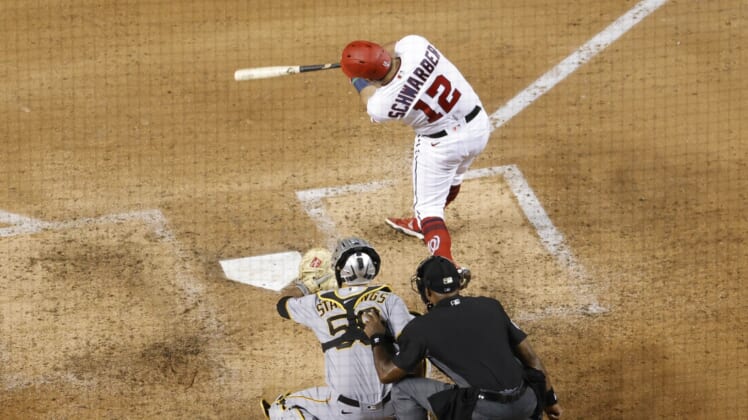 Kyle Schwarber hit a tiebreaking home run in the seventh inning Monday to lift the Washington Nationals past the visiting Pittsburgh Pirates 3-2 in the opener of a three-game series.

Tied 2-2 with two outs and facing Pittsburgh reliever Clay Holmes (2-2), Schwarber sent an 0-1 pitch into the stands in right field, his 13th homer.

Schwarber also had an RBI single, as did Juan Soto for the Nationals, who won their second game in a row and third in their past four.

Brad Hand pitched a one-two-three ninth for his 12th save.

Kevin Newman hit a solo homer for the Pirates, who lost their eighth straight.

In the second, Newman’s one-out homer, his second, was just fair in left. That gave Pittsburgh a 1-0 lead and made Newman 8 for 21 in his career against Lester.

The Pirates tied it 2-2 in the sixth. Jacob Stallings opened with a double to center. After Phillip Evans lined out, Wander Suero relieved Lester. Newman’s single to center moved Stallings to third. Erik Gonzalez’s sacrifice fly to right scored Stallings.