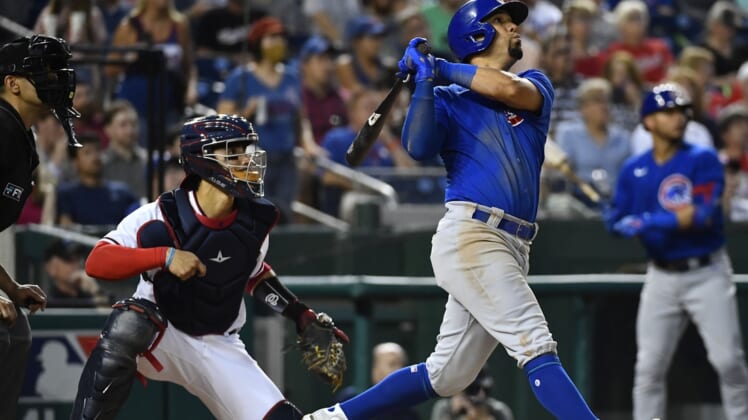 Hendricks (13-4) won his 11th straight decision and hasn’t lost since May 9. He allowed a run on four hits and a walk while striking out three.

The right-hander has given up three earned runs or fewer in 13 of his last 15 starts.

Rafael Ortega homered for the Cubs, and Andrew Romine had two hits.

Kyle Ryan pitched the ninth for his first save of the season.

The Cubs took a 1-0 lead when Ortega led off the game with a single and scored when Patrick Wisdom’s drive deflected off right fielder Soto’s glove for a three-base error.

Washington tied it in the bottom of the first. Soto walked and, with two outs, Yadiel Hernandez sent an opposite field fly to deep left for an RBI double.

David Bote doubled leading off the Chicago fourth and advanced to third on a ground out. Sergio Alcantara’s single brought Bote home, and he scored on double by Romine. With two outs, Ortega jumped on a first-pitch slider from Ross and homered to center, making it 5-1.

The Cubs added a run in the seventh when Wisdom singled, Bote walked, and Andrew Heyward hit a run-scoring single to right.

After Luis Garcia singled to load the bases, Cubs manager David Ross called on Codi Heuer, acquired from the White Sox this week in the Craig Kimbrel trade, to make his Cubs debut.

Heuer got Tres Barrera to ground into a fielder’s choice with Zimmerman out at home. Carter Kieboom hit a sacrifice fly to center to make it 6-3, and Adrian Sanchez grounded out.