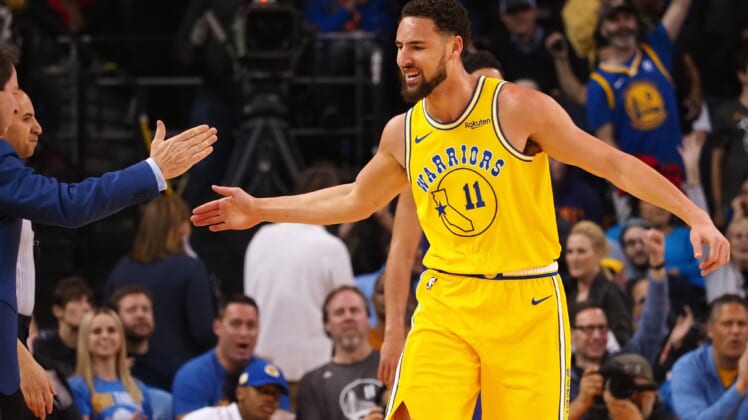 Golden State Warriors guard Klay Thompson was omitted from all three of the All-NBA teams on Thursday. Instead, Charlotte Hornets star Kemba Walker got the final spot.

In talking about his snub during Warriors practice, Thompson did not hold back after learning the news.

“When you go to five straight Finals, it takes more than a couple All-NBA guys. Do I think there are that many guards better than me? No,” Thompson said.

As Anthony Slater of The Athletic notes, Thompson’s exclusion from the All-NBA team will have wide-ranging ramifications this summer. An impending free agent, he is no longer eligible for a super-max contract from Golden State.

That could very well cost the three-time champion north of $30 million once July comes calling.

The entire thing is about as arbitrary as it gets. Media playing a role in the earning potential of star players. We feel Mr. Thompson’s pain here.

Thompson, 29, averaged 21.5 points and shot 40% from distance this past regular season. He was also named one of the best defensive guards in the Association.