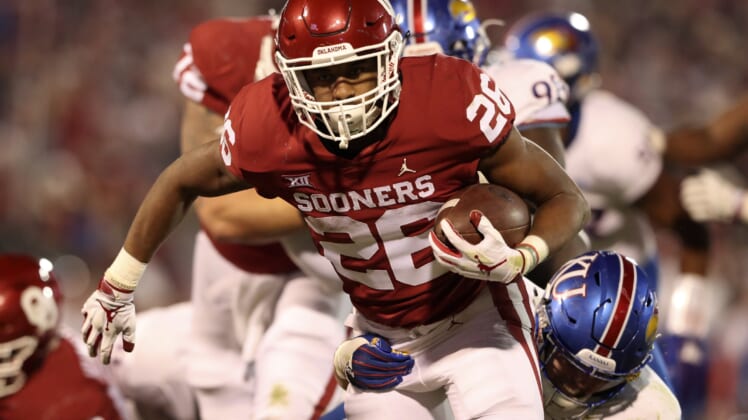 In a game already full of big plays — including a 55-yard touchdown run by Kyler Murray — Oklahoma Sooners running back Kennedy Brooks jumped in on the action against West Virginia with a monster touchdown run.

Late in the second quarter with the Sooners pushing for another big play, the freshman running back saw a massive hole open in front of him and took advantage. Brooks found daylight then broke a defensive back’s ankles and torched the rest of WVU’s defense for the 68-yard score.

Oklahoma’s offense is dominating in this game with over 15.3 yards per carry and 199 rushing yards before halftime.

Brooks has delivered some stunning performances this season, especially as of late with three consecutive 100-yard games. This is shaping up to be his best yet in what has been a breakout year for the freshman.