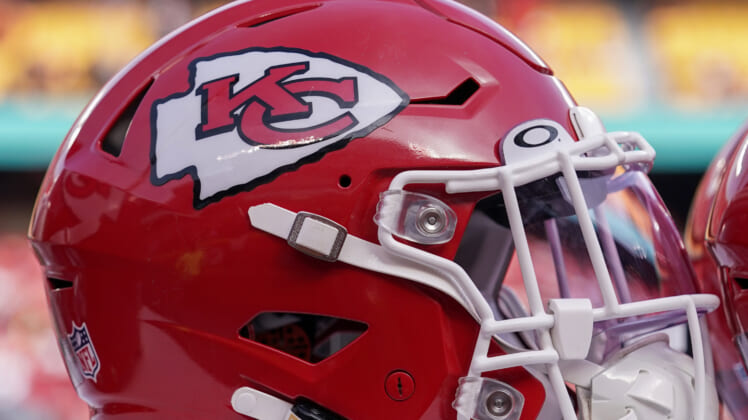 At a recent Kansas City Chiefs tryout for undrafted free agents, one man had a moment that is sure to stick in talent evaluators’ minds for a while.

Unfortunately for many college athletes, only a fraction of the players available are actually drafted to the NFL each year. And trying to make a team as an undrafted free agent can seem like a herculean task. However, if a talent can do something to make themselves standout in that rare opportunity, it certainly gives them a better chance than your average undrafted player.

That is what Eastern Washington wide receiver Andrew Boston did at a recent workout for the Chiefs. In a moment brought to the worlds by Arrow Head Pride Editor-in-Chief Pete Sweeney over the weekend, Boston was one of several pass catchers running drills where he would run a pattern, turn and catch a pass. Nothing out of the ordinary and fairly run of the mill for football practices.

However, by way of a misstep, Boston turned the ordinary into extraordinary. In a video shared to Twitter in a response to Sweeney’s post about the wide receiver’s tryout, Boston can be seen running a ten-yard pattern and then has to stop on a dime to receive the pass. Unfortunately for him, he stumbled in his turn. It could have been a disastrous moment when reps are limited and tryout opportunities are rare.

Understanding what was at stake, the wide receiver was able to gather himself, stretch and reach for a bullet pass that he was able to snag out of the air one-handed. It is an unbelievable catch. NFL fans have seen one handed catches on touch passes, but to adjust and back hand a hard thrown ball is special stuff. 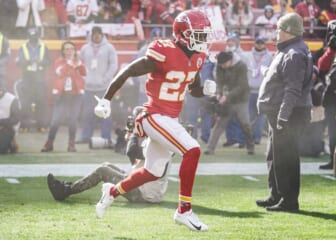 In his final year at Eastern Washington, Boston had 69 catches for 969 yards and seven touchdowns. He was not invited to the NFL combines and isn’t expected to make the Kansas City Chiefs squad in 2022. However, with a catch like that, he probably has a better shot than the other guys at that recent tryout.