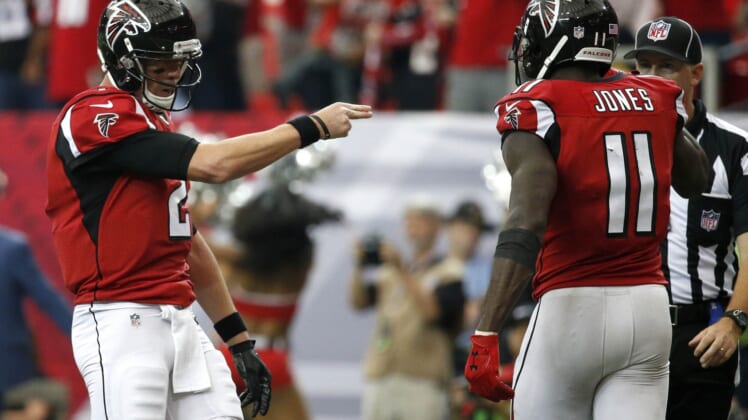 Well now they’re just piling on. The Atlanta Falcons, already up 24-0 at the half, got the second half started with a bang when Julio Jones went 73 yards to pay dirt.

Green Bay’s defensive backs were like little kids trying to stop a bucking bronco with their weak arm tackle attempts on Jones, who showed no ill effects after re-aggravating his toe injury last weekend.

JULIO JONES IS A BEAST.

This score put the Falcons up 31-0 with more than 28 minutes remaining in the game. The Packers, who showed so much magic the past couple of weeks, were without a spark to this point.