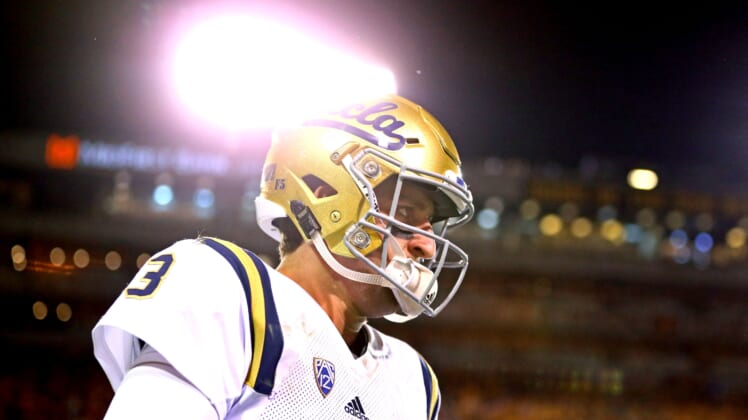 Josh Rosen is a legend. He had an awful first half, UCLA appeared to be doomed to a blowout loss. Then Rosen came alive. He had a couple of touchdown passes he didn’t deserve but continued to deal under insane pressure throughout the second half.

Then in the final minute, he drove the Bruins down into the red zone. He converted on a 4th-and-6 then rushed the offense to the line of scrimmage. He surely would spike the ball with under a minute remaining to give them three shots to score a touchdown, down by six points.

That was not in the cards.

Instead, Rosen pulled a card out of Dan Marino’s old playbook and faked the spike. Instead, he threw a perfect pass to Jordan Lasley to tie the game. The extra point sealed the win.

Here’s the magical play that won the game.

Rosen is one tough son of a gun. He’s also got the magical qualities of leadership and poise under pressure that are coveted by NFL teams. The Bruins had no business winning this game. They should have lost by a lot.

Instead, Rosen waived his wand and produced a legendary finish.

In the end, the Bruins quarterback finished with 491 yards and four touchdowns, two of them which should have been intercepted and one that will go down in history.