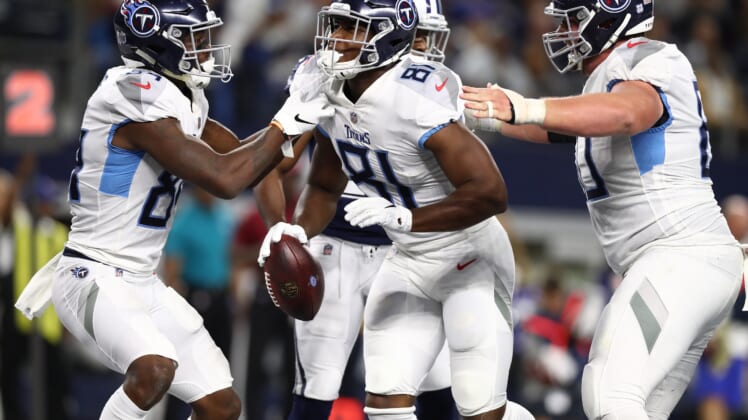 With his Tennessee Titans already up 3-0 on the Houston Texans, tight end Jonnu Smith came through with an explosive play to expand the lead.

Smith started the play as a blocker and was therefore ignored once he went out for his route. Marcus Mariota found Smith, who ended up going for a 61-yard touchdown.

This is simply abysmal coverage by Houston. Smith wasn’t ever touched until the 10. That, quite frankly, cannot happen.

It was the longest reception of Smith’s career and the longest completion for Mariota on the season. The touchdown and ensuing PAT put the visiting Titans up 10-0 on the Texans.