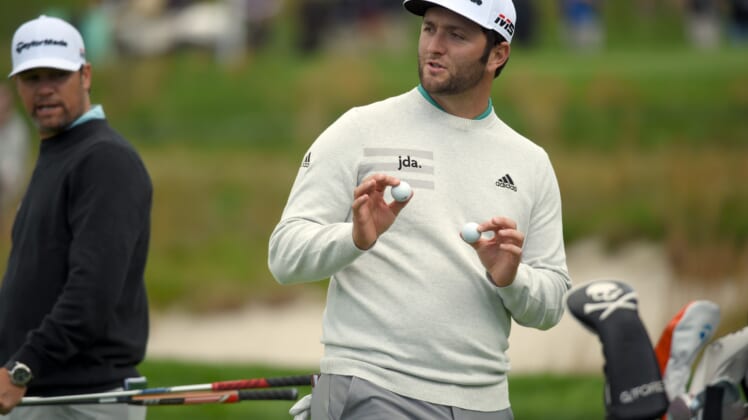 When you’re out on the golf course and nature calls, sometimes you just have to put your clubs aside and answer. Jon Rahm received the call during the PGA Championship and answered it unintentionally on live television.

Rahm was in a featured grouping with Dustin Johnson and Jordan Spieth during Friday’s second round. As Johnson lined up for his shot in the rough with cameras on him, Rahm took nature’s call in front of a natural audience.

Rahm might have missed the cut at Bethpage Black, but he didn’t miss nature’s call and end up with an even more embarrassing stain that could have been caught by the cameras.

If any of you weekend hackers out there were wondering how the pros take care of business, it’s pretty much the same way you do. Now you can say you have something in common with the greatest golfers in the world.