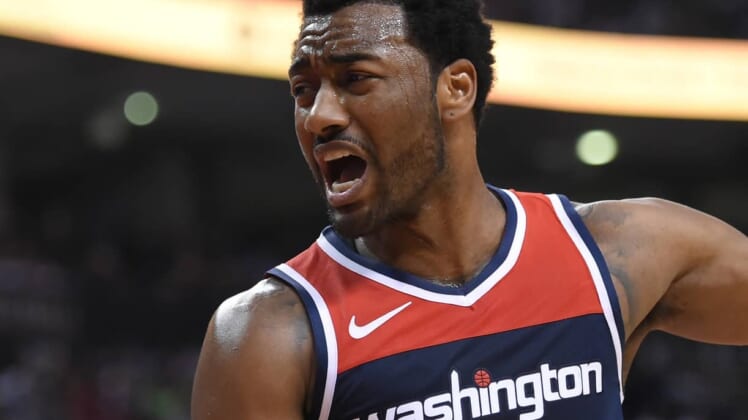 A lot has been made about the turmoil in D.C. In the midst of a horrible season, the Washington Wizards have reportedly put everyone on the trade block. That apparently includes a star-studded backcourt in John Wall and Bradley Beal who are beafing with one another.

Wall himself might be a big name, but he’s continued to struggle as its relates to being an all-around player. This came out in droves Monday night against the New York Knicks.

Check out Wall decide against actually playing defense on this Knicks possession. It led to a wide-open three-pointer from Emmanuel Mudiay of all people.

It’s rather obvious that the emotionless Wall couldn’t care less about playing defense. In fact, he could have been called for a defensive three-second violation. That usually happens when someone is actually playing defense, right?

With videos like this, Wall certainly isn’t doing himself any favors. The bad news for Washington is that no competent team is going to pick up the four-year, $170 million extension Wall signed with the Wizards back in July of 2017.